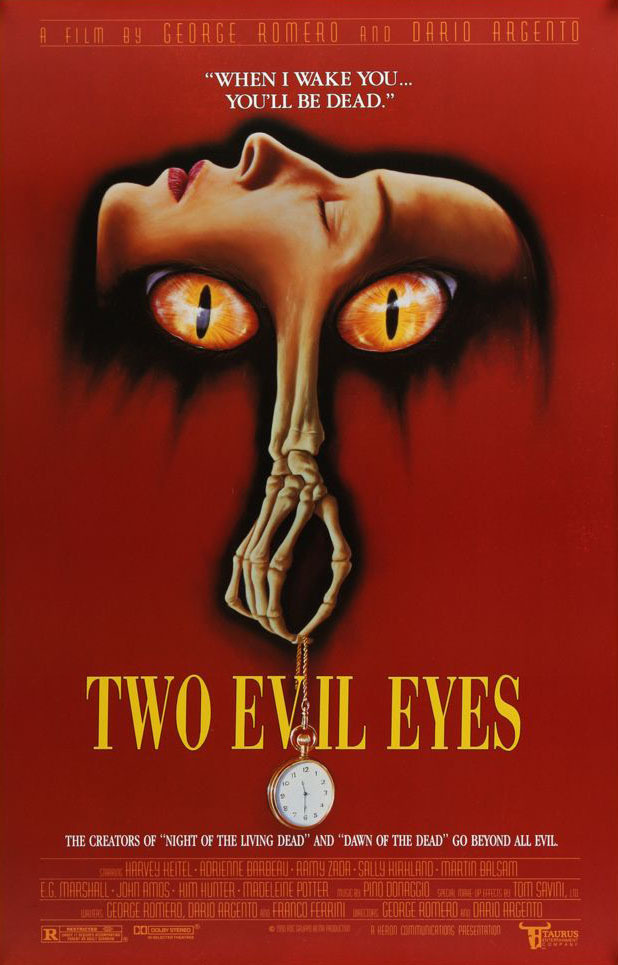 When my daughter was much younger, and we were living in a little apartment we used to have what we called sleepover nights. Regularly, on a Friday night, my wife and I would drag our mattress into the living room and we’d make up the couch into a little bed for the girl. We’d make some popcorn and stay up late watching movies. Then we’d all sleep together in the living room. It was always a very fun time.

Then we bought a two-story house. The bedrooms were all upstairs so it was impossible to drag a mattress downstairs to the living room. Luckily, we have a television in our bedroom so we’d make a palette for the daughter on the floor and continued our sleepovers there.

Eventually, my daughter decided my wife and I snored too loud and she stopped sleeping in our room. But we’d still stay up late on Friday nights watching movies. One Friday night I realized our local college TV station was playing Tom Baker-era Doctor Who stories and I started watching them each week. My wife likes classic Doctor Who as well so she’d join me. My daughter loves Nu-Who, but she’s never quite got the appeal of the classic series. Still, she’d bring in her toys and play while we watched the TV show.

Eventually, this turned into us just watching the new series so my daughter could enjoy it with us. At some point, I started going downstairs after the show was over and my wife and daughter would stay in our bedroom watching YouTube videos.

I’d usually turn on a movie downstairs, usually falling asleep on the couch. Eventually, random movies turned into horror movies. Friday has become my favorite night of the week as we order a pizza, watch Doctor Who and then I watch a horror movie late into the evening.

I thought it might be fun to make a regular post of my Friday Night Horror Movies, so here we are.

The thing is, I haven’t actually watched the movie yet, and this will be true of every Friday night posting. Like I said I usually fall asleep on the couch watching the movie and so I won’t be able to actually talk about what I’ve watched until Saturday. But it seems silly to have a post called The Friday Night Horror Movie when I’m writing it on a Saturday morning.

What I’d like to do is start the post on Friday Nights and then maybe sometime on Saturday edit in a review.

This week’s movie is Two Evil Eyes, which is actually two movies in one. Originally planned as an anthology movie with multiple directors it turned into two one-hour films with Dario Argento and George A. Romero taking a stab at adapting an Edgar Allan Poe story. I’ll let you know what I think of it tomorrow.

Ok, it is Sunday now, so obviously I forgot to tell you what I thought “tomorrow.”

And now I’ve seen like five movies since watching this one so my memory is a little blurry. Basically, I liked this movie pretty well. I’m not well read in Poe’s books. I’ve read one or two stories and of course “The Raven” but that’s about it. I have seen several different cinematic adaptations of The Black Cat, two of which were adapted by Argento’s Italian compatriots Sergio Martino and Lucio Fulci. So that story is quite familiar to me even if I haven’t read the book.

The Romero story, The Facts in the Case of M. Valdem, is completely unfamiliar to me. It involves a woman who married an old, rich bastard in order to get his money. But he’s taking too long to die so she and an ex-boyfriend hatch a plan to hypnotize him, get him to sign over all his wealth to her, and then murder him. Everything goes to plan except after he’s dead he keeps on living.

Or something. It isn’t very clear whether he turns into a zombie or a ghost or something else. It has Romero’s typical social commentary (rich people are both horrible and weird), some nice gore, and little else.

Argento’s Black Cat adaptation doesn’t do anything new with the material. A crime scene photographer (played with gusto by Harvey Keitel) kills his girlfriend, ties her corpse to some coat hangers then builds a wall around her. A black cat helps get him captured by the police.

It has some of Argento’s typical style (there is a POV shot of the cat and some great extreme close-ups) and lots of blood-soaked violence. The opening scene is basically the aftermath of Poe’s story The Pit and the Pendulum.

All in all neither film is particularly great, but if you are a fan of either director there is enough here to make it worth your time.