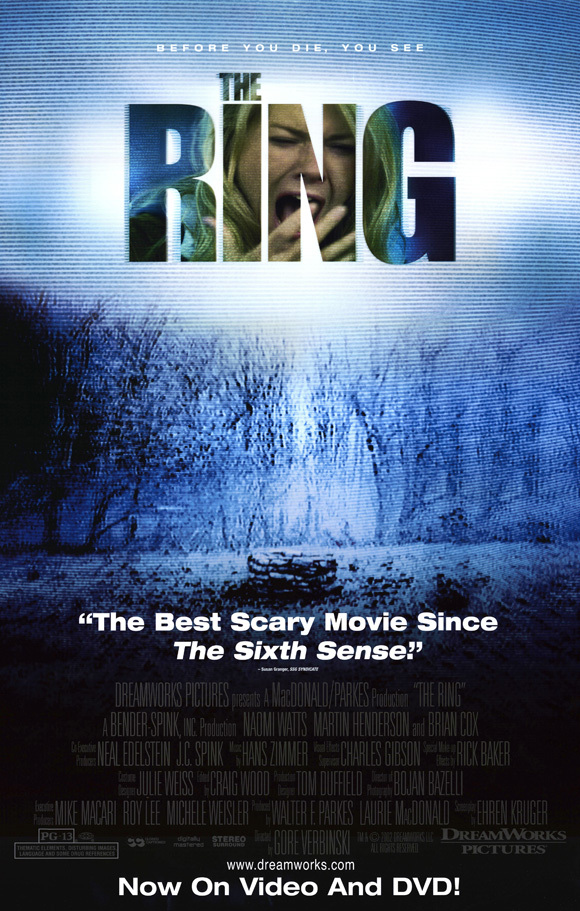 In the early 2000s, horror nerds like myself began to discover what was then called J-Horror. This was a cycle of horror movies made in Japan that started in the early 1990s. Unlike the films made in the United States at the time, J-Horror relied more on atmosphere and mood to create their scares. They often involved haunted houses and evil spirits, the supernatural rather than knife-wielding psychopaths that were so popular in America at the time.

Discovering these films was like a fresh of breath air for folks like me who had long since grown tired of slashers. I believe Ringu (1998) was the first J-Horror film to really make a splash here in the US (I’m sure some horror hound could pop in now to tell me they were watching Japanese Hororr films long before Ringu popularized the genre, but whatever). It was a huge film in Japan and had decent success in America.

Enough so that an American producer decided to remake it as The Ring (2002). That movie was a surprise success and started a succession of American remakes of J-Horror films. Snob that I am I watched pretty much all of them, but always preferred the Japanese originals.

Tonight I decided to rewatch The Ring. I liked it more this time than my previous watches.

It is about a VHS tape that kills you after seven days after your first viewing. Typing that out just now makes me realize how dumb that summary sounds. The film on the tape is like a short film some goth art school kid would make to try and freak everybody out. A couple of teenagers watch the tape and seven days later they die horrible deaths. Naomi Watts plays a journalist who was related to one of the teens. She sniffs a story and investigates.

She finds, then watches the creepy tape and immediately after she receives a phone call telling her she has seven days to live. When her young son accidentally watches the tape and starts drawing creepy drawings she knows she has to solve the mystery.

The original Japanese film is super creepy and atmospheric and really good (you can read my review of it over at Cinema Sentries). The remake is very Americanized in that it provides a few more jump scares, has slicker production values, and juices up the narrative a little bit so that the story is explained to the viewer in clearer turns.

Still, it is effective in its own way. The jump scares work for the most part, and it is still moody enough to give it that J-Horror feels even if it is a little sanitized.