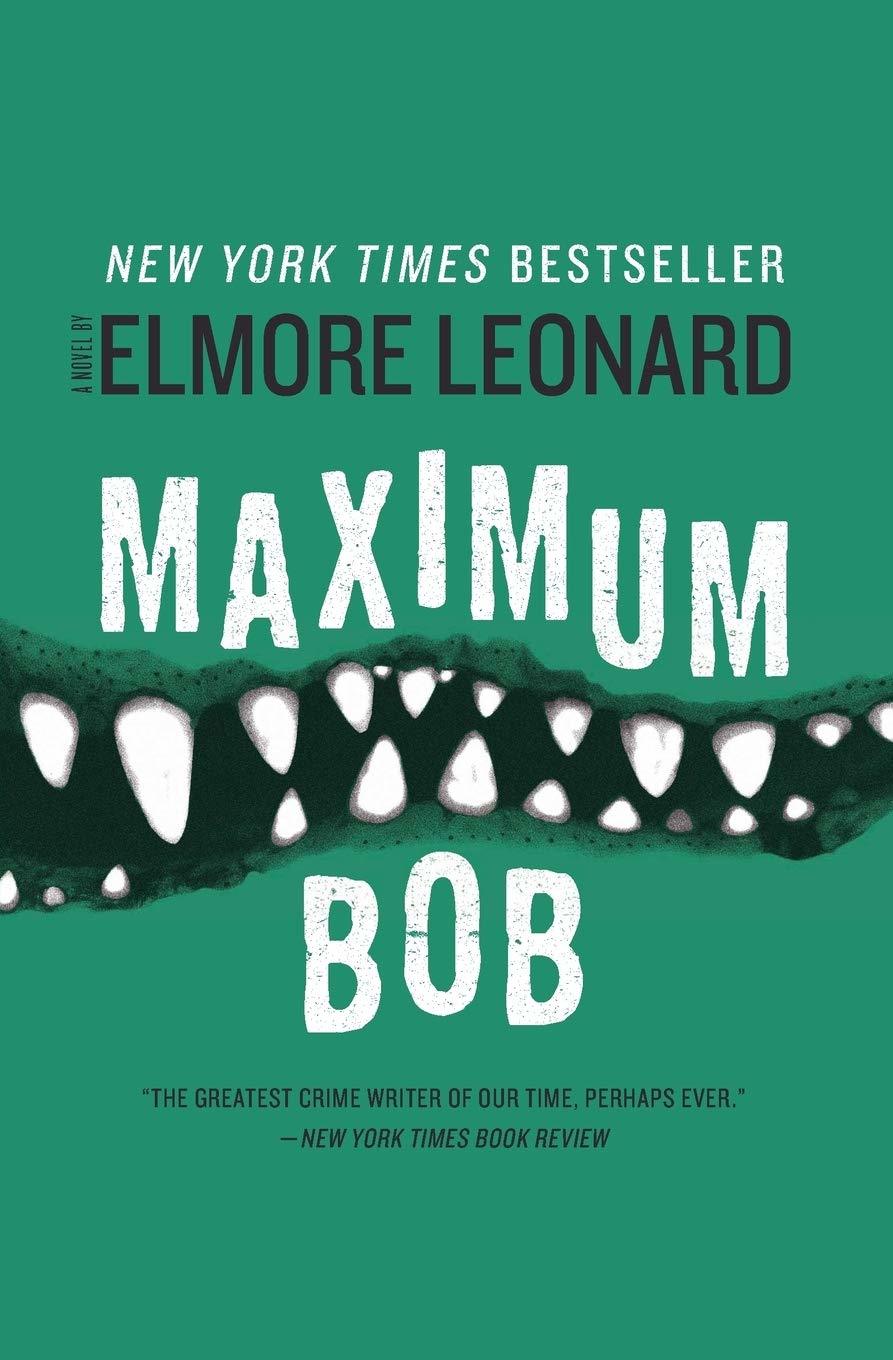 Reading an Elmore Leonard novel is a lot like watching a good, not great movie. There is a lot of style, dialogue that demands to be spoken out loud, and interesting and twisting plots, with great ease in being read. Maybe that’s why so many of his books are made into movies. They read like screenplays.

Maximum Bob was actually made into a television show starring Beau Bridges, but it didn’t last past a season.

What we get here is a breezy, fun novel about Bob Gibbs, a conservative, hard-nosed judge nick-named “Maximum Bob” for his tendency to deal out the full force of the law. Bob begins to fancy a no-nonsense probation officer, Nancy Baker, who is busy tangling with a couple of low-life losers. Things get complicated when a giant alligator shows up on Bob’s front porch scaring his former mermaid-turned-new-age-psychic wife into leaving him for good. Add into the mix Dale Crowe Junior, one of the aforementioned losers, who is plotting to flee from an oncoming prison sentence, and Owen, Dale’s uncle, and recently released ex-convict. The outcome is a wild ride, which is enjoyable to read, but without a lot of depth or staying power.

Leonard is a good craftsman. He has a real knack for creating interesting plots. He is often praised for his dialogue, but I can’t say that I was too impressed with it here. It has that screenplay feel to it, and would probably sound a lot better coming out of an actor’s mouth, than lying flat on the written page. Actually, that’s a good idea. Next time I read a Leonard novel I’ll act out all the parts.

I read the novel in a couple of days while basking in the sun at the local park. It was a good novel for that purpose. It was easy to pick back up after being distracted by the Frisbee players, and the ball-chasing dog, without having to think about what I had just read. It was entertaining enough to get me occupied while loafing for several hours as well. It is also forgettable enough that once I’ve written this review I’ll pretty much never think about it again. Well, at least until I browse the L-N shelf at the library.

One thought on “Maximum Bob by Elmore Leonard”