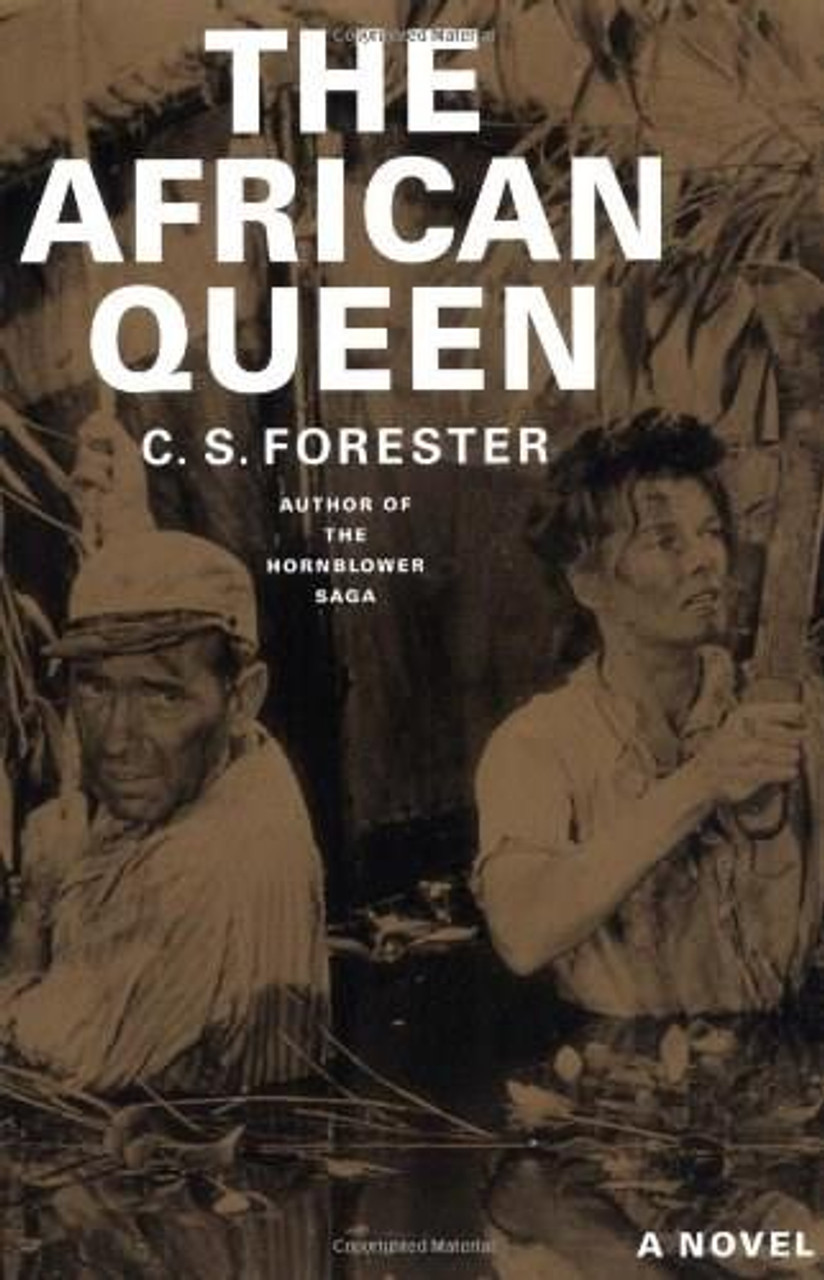 See, I told you I would still write reviews. I’m just eliminating the stress that I had built into them.

The fact that it took me over 2 months to read the mere 136 pages that make up CS Forester’s The African Queen tells a great deal about the quality of the writing. Classic film buffs will note that this is no fault of the story, for it made a brilliant motion picture starring the likes of Humphrey Bogart and Katherine Hepburn. The problem, then, lies in the telling.

In Creative Writing 101 writers learn the importance of showing and not telling. Forester must have been sick that day for he spends his entire novel telling the reader exactly how the characters feel, think, and are. He never allows his character’s actions or words to give the reader an emotional response, he spends his pages telling us how to feel.

There is no chance to gain insight into a character through what they do, for Forester is much too busy telling all the pertinent details. There is no subtlety in the text. If we don’t get something the first time, rest assured, he will repeat himself two or three times.

What will keep the reader reading is the power of the story itself. For many years Rose has been assisting her missionary brother in the heart of the African Jungle. When he dies suddenly she enlists Charlie, a gin-swigging rough and tumble riverboat captain, to ship her back to civilization. Along the way they must traverse deadly rapids, disease-infected hoards of mosquitoes, German soldiers, and a river that is not meant for the sturdiest of boats, never mind the old, rickety African Queen.

Forester fills his tale with plenty of chills and spills. There is enough action to keep the pages turning, and an old-fashioned romance to keep the lovers interested. Truth be told, there is almost too much action. In nearly every paragraph, some new obstacle presents itself that must be overcome. Each obstacle is overcome, of course, and that a bit too quickly. Though the obstacles are fretted over and stressed about, Charlie and Rose seem to overcome them within a few sentences; only to find another one waiting around the corner. It would have served the novel better to have had fewer problems, and more struggle to overcome them.

Forester has a keen eye for mechanical detail. He gives good exposition over the mechanics of making an old steamer like the African Queen keep going. He paints a detailed picture of the African landscape, as seen from a riverboat. The physical details of the boat and its surroundings are all apt, and true. It is the abilities of humans that bring an air of falseness.

Rose, though having never piloted a boat before, in a very short time somehow manages to master the intricacies of sailing a difficult steamer through dangerous rapids. Likewise, she sheds her moral inhibitions like a heavy coat in the sultry African climate. We are led to believe that an innocent, sheltered missionary can suddenly give up all of her beliefs and morals to a dirty, foul-mouthed, drunk all in a matter of days.

Ultimately I would have been better off having just watched the movie again and left the novel on the bookshelf. The movie retains all of the excitement and grandeur of the story and elevates the storytelling to the level of a classic. The book seems flat in comparison.

One thought on “The African Queen by CS Forester”