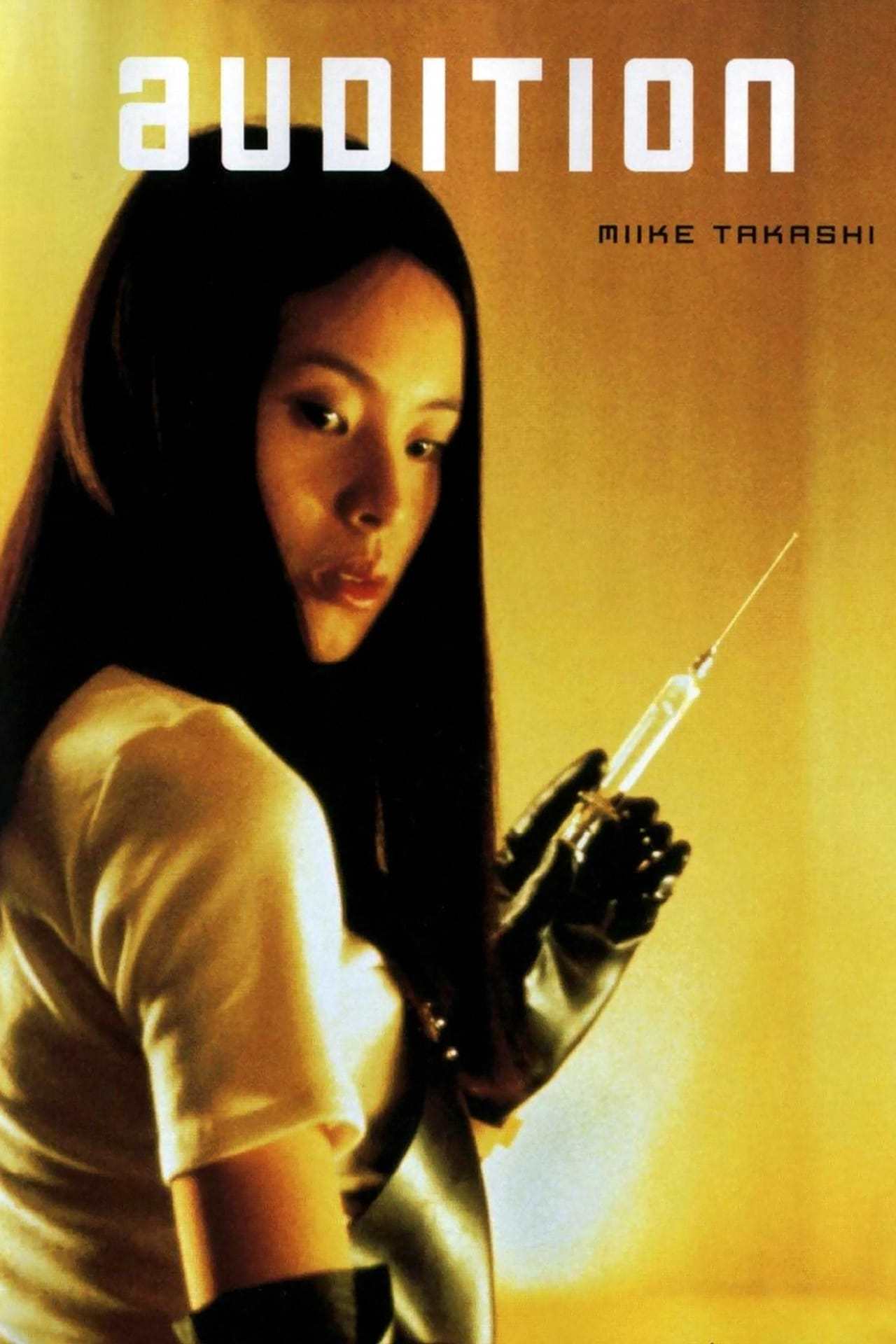 Audition is a peculiar type of horror film. It is not the violent, gorefest that you might expect from the new stream of Japanese horror films, and certainly not from Takashi Miike, director of such bloodfests as Ichi the Killer and Full Metal Yakuza. It is also not the suspenseful, scare them with what you don’t see the type of horror film that Alfred Hitchcock might make.

In fact, for the first 2/3s of the movie, it is more akin to a family drama than anything you’d call horror. The plot concerns a middle-aged widow, Aoyama (Ryo Ishibashi), who is encouraged by his teenage son to start dating again. Not knowing how to go about this, he decides to hold auditions for his new wife. Real-life auditions, like you, ’d do in hiring actors for a movie.

Lots of women show up and are interviewed for the lifelong role of wife. Aoyama is intrigued by one woman, Yamazaki (Eihi Shiina), and begins to date her. Eventually, we find that Yamazaki is not all who she seems to be and thus the horror begins.

Miike’s ability to turn the conventions of an old romantic formula completely on its head is nothing short of masterful. Watching the first thirty minutes or so of the film, you would have no idea that horrible, bloody things were going to take place later on. Had I not known what to expect from a Miike film, I would have thought I was watching an old-style romance.

Yamazaki at first seems like a natural mate, she is beautiful, sweet, and shy. Miike lets the twist in her character come in slow, short, and shocking bursts. The screw tightens and the horror grows.

The gore is actually pretty minimal, but when the horror comes it comes quick and merciless.

Asian extreme horror is not for everybody. The blood and the gore are too much for a wide audience. But for those with the proper stomachs, Takashi Miike is a master and Audition is one of his best.