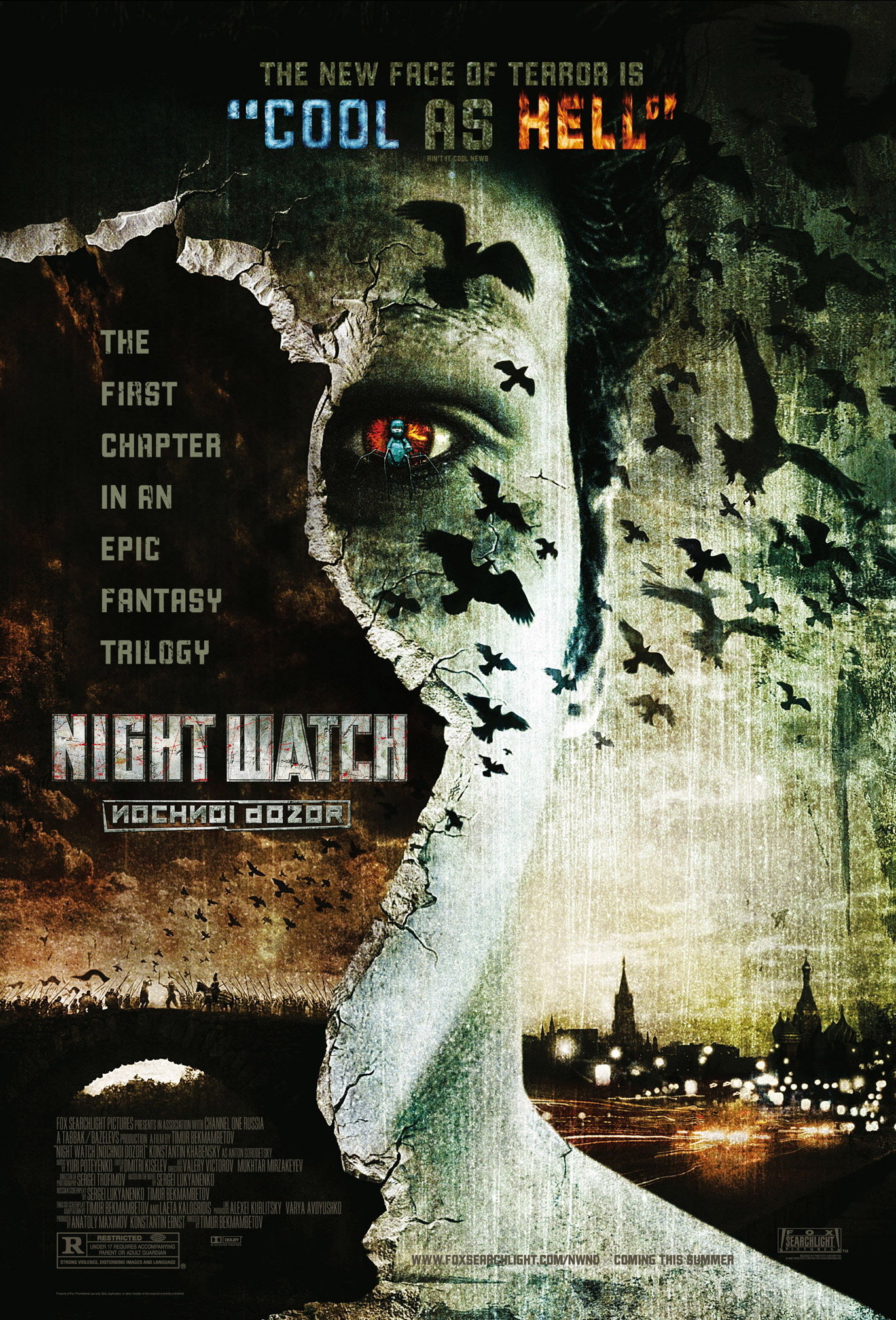 “One side is in Russian, the other side is in English,” the girl behind the counter noted about the DVD I was renting. “So if you play it and it is in Russian, just turn it over,” she continued. I wanted to glare at her and snidely question her about her movie appreciation skills. Shouldn’t girls, who work in the movie industry, freaking appreciate films as God intended them? But I’ve had that argument one too many times. If Blockbuster wanted their employees to have a clue, I guess they’d pay them more.

Night Watch lives in the same world that we do, but in a different kind of dimension if you get my meaning. It is a dimension filled with vampires, shapeshifters, and seers. They live alongside humans, but secretly without being understood by the likes of you or me.

These creatures, or Others as they are called, were once engaged in a brutal war, but being evenly matched signed a truce many years ago. Much like in our own Cold War, the Others have set up watchmen for both the light and dark sides to ensure each side keeps up with their side of the truce. Part of this bargain is that when new others are formed; neither side will interfere with them until they have chosen a side. For the Others are actually born of human seed, and do not know they are different until something extreme occurs and their powers come out.

Our movie lies in a time in which a cursed virgin proclaims the nearing Armageddon, and a chosen child will throw the balance of good and evil to one side.

The film sets up its universe and mythology extremely well. In a prologue, Lord of the Rings style, we learn about the others and the war and the truce, it is just enough to allow us to gain understanding without bogging down in the mythos. As the story unfolds we gain a better understanding of the rules and still feel that there is a deeper story. That it is based on a series of books only adds to that mythos.

Visually the story lives in a Fight Club world where digital animation moves alongside live action. There are lots of extreme close-ups of machinery and metro tubes that transition smoothly into the real.

I’m not sure if the subtitles were created by the filmmakers or were a later addition, but they become a part of the film. Sometimes they are swatted away by a character, zoom out like the cars on a highway, or are underlined for emphasis becoming more like characters than simple translations.

The characters are well developed and often give hints at deeper backgrounds, which again, may come from their literary counterparts. Sometimes the main character is treated like more of an officer in the others than he actually seems to be, all to move the story along.

It is a slick, MTV generation movie. A glossy popcorn piece of cinema with a cool mythology, and some killer visuals. It is not great cinema, but a darn fine piece of science-fiction/horror.

While watching it I kept thinking there was great material for a sequel or sequels. Turns out it is the first part of a trilogy, the second of which is already playing in Russia. I’ll be keeping an eye out, for sure.