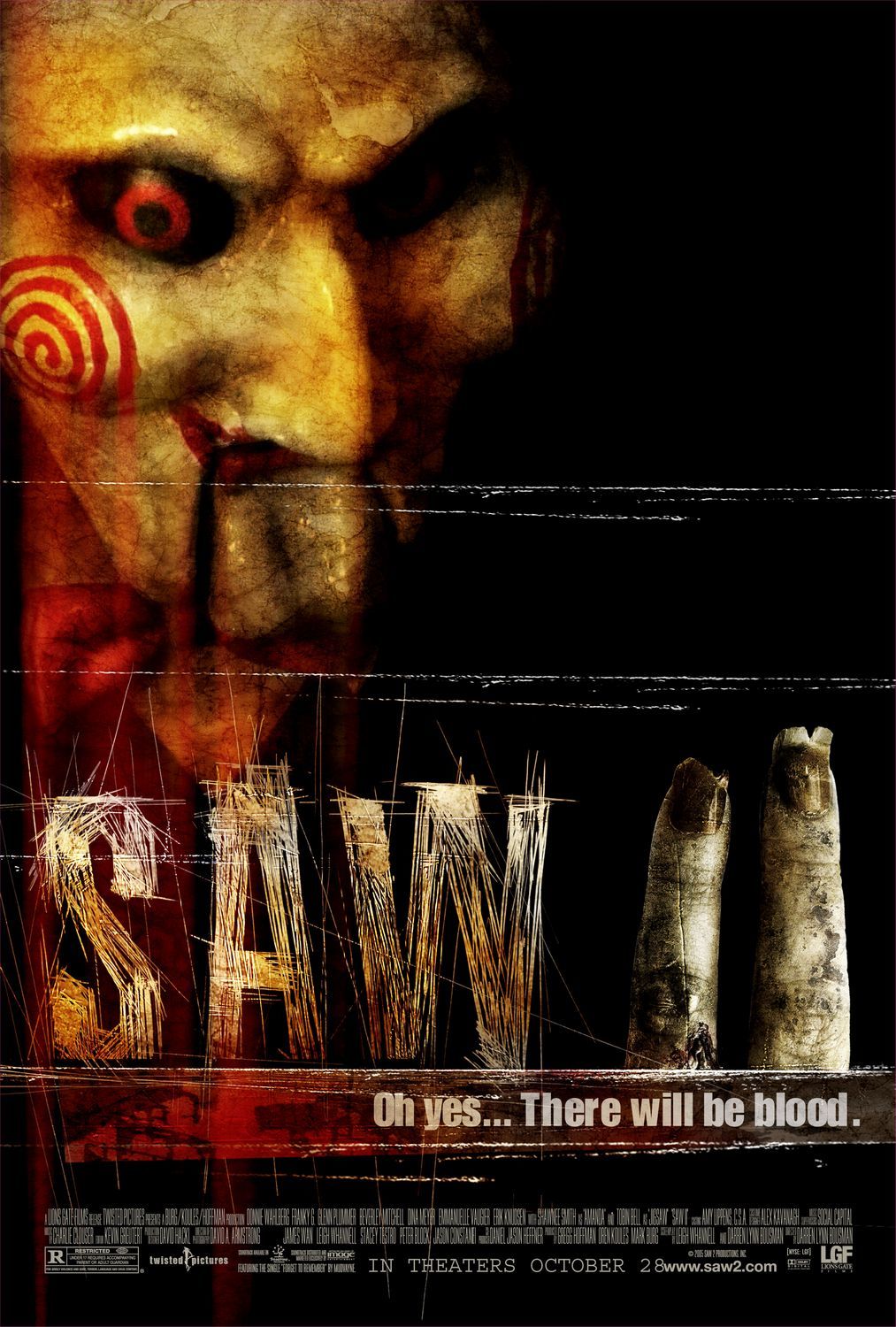 In my writing, there is often a conflict between the rational, intelligent critic, and the overly joyous fan-boy. There are many films, albums, and books that I enjoy that don’t stand up under critical observation. They are unoriginal, contain poor craftsmanship, and are quite often unintelligent and stupid, but for whatever reason, I enjoy them immensely. The difficulty lies in trying to review said material that criticizes its quality while still exuding the joy it can give while still maintaining my credibility.

I can’t in any serious way recommend any of the Friday the 13th pictures, but when they come on the USA network you will always find me sitting in front of the TV anticipating the next gory move by Jason.

There is probably a secondary question in here about why I (and so many others) enjoy high-impact gore as much as we do. What is it about gushing blood and guts that excites me in some weird cinematic way? But that is more discussion than I have room for now.

I rented Saw II not because I expected it to be good, or a fine piece of cinema, for I expected it to be worse than the first one, and it rather stunk. Rather I rented the film because I wanted to see some inventive death traps, lots of gore, and plenty of blood even if to get there I had to wade through insipid acting, glaring plot holes, and a story that would make my grandma blush.

I got what I expected.

For those who missed the original or its sequel, Saw refers to Jigsaw a crazed serial killer who sets up elaborate games and traps to kill his victims. The games are often so intricate that they would take weeks to set up and involve so many improbable circumstances that they could only be produced in the movies.

In the first film, we are given absolutely no motivation for the killings. In the sequel, we are given a very basic, and rather insipid back story that is supposed to serve as reasons a person would create such elaborate murders.

Here, instead of random killings, Jigsaw has kidnapped several people and thrown them into a house, a house filled with traps and deadly games. Like in previous killings the players find a tape recorder whereupon Jigsaw tells them that the iron gates trapping them inside the house will not be released until two hours are up. However, a deadly gas is being loosed into the house which will kill them all in one hour. The only way to survive is to locate syringes located throughout the house which contain an antidote.

There are also several syringes in a large safe whose combination can be surmised once the players figure out what they have in common.

One of the players is the son of a police officer. The police officer, Eric Matthews (Donnie Walberg) manages to quite easily find Jigsaw in his lair and begins a stand-off with him to release his son, whom they can watch via closed circuit TV.

That’s way too much plot synopsis for a film that lives and dies by its gruesome traps. In the director’s commentary (yes I did listen to a few minutes of it before getting bored) it is noted that they created specific traps for each of the house players, but as the screenplay progressed their characters wound up doing more damage to each other than the traps. Thus we only see a few of the original death traps.

Herein lies a big problem for the film. The first one was effective (and I’ll use that term mildly) because of its creative use of death. The excitement was in the interesting use of gore and thrill. In the sequel, they try to create tension by making the characters go after each other a la Night of the Living Dead. But they can’t muster nearly that kind of tension. The few traps that we do see aren’t all that interesting either. The trailer for the movie shows one of the more interesting ones – a gun is bolted to a door which goes off whenever the characters use a key to open the door – and even that isn’t all that fantastic. Gore-ridden yes, but it is not exactly super original.

Again in the original, most of the traps entailed the player having to do something horrible to get out. Characters sawed their own legs off to get out of chains or dug through a corpse to get a key, but here most of the traps are pretty straightforward killers. Like the gun door, none of the characters knew it was a trap, there was no recording asking the character to do something to avoid getting shot in the head, it simply happened.

Perhaps asking a horror film to be intelligent, well acted, and actually scary is asking to much. Perhaps expecting the sequel to a mostly rotten gore-fest to be better than the original is expecting a miracle.

In the end, Saw II was a decent way to pass the time. No, there wasn’t anything to take away from the film, no revelations or interesting filmatic choices. But then again it isn’t meant to be. It made me squirm a little bit and be grossed out by the blood. And maybe that’s enough. Maybe