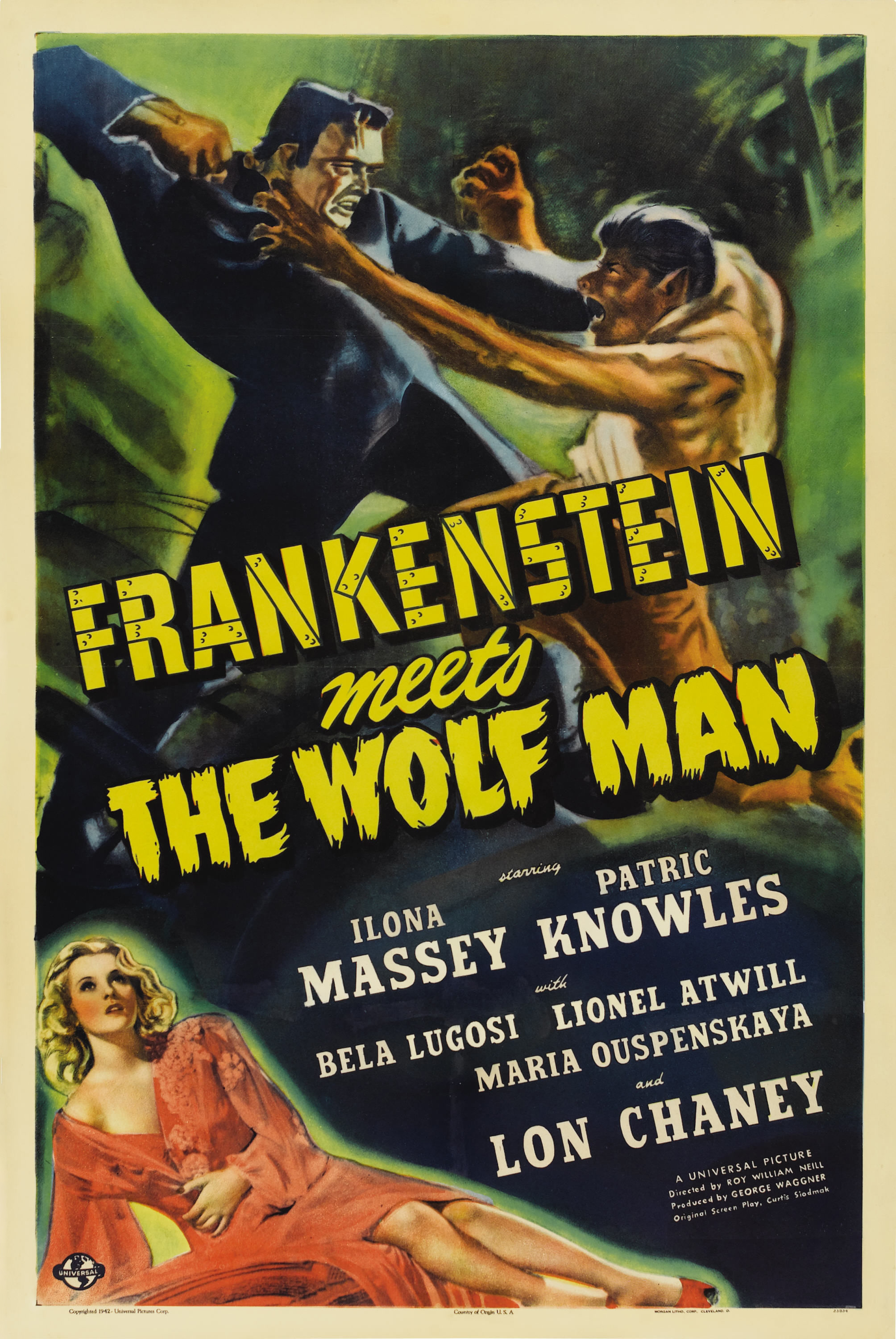 I’d like to say that I grew up going to the Midnight Movies and staying up to watch the old Universal horror movies on television. I’d like to say that, but I can’t because, well, because it simply isn’t true. I grew up watching movies from my generation, the 80’s, and that means the Goonies, Gremlins, Ghoulies, and others that don’t start with the letter “G.’ It has only been recently that I have dipped into the classics of horror and began watching them.

There has been a recent spat of high-quality DVD releases of the mainstays of the franchise – Dracula, Frankenstein, and the Wolfman – and I’ve filled my till with the magic, the brilliance that is those films. So, it was with pleasure that I recently found a VHS copy of Frankenstein Meets the Wolfman.

To say this is a great movie would be missing the point and make me think you were delusional. It’s far from anything anyone ought to call great, but it’s still a pretty fun bit of horror history.

The title is a little misleading – well not technically so since Frankenstein does in fact meet the Wolfman – but a picture like this makes one think they will either be locked in mortal combat for the entirety of the picture or team up to destroy some other force, like Dracula for instance.

More to the point it is something of a character study for the Wolfman as he is awakened from his grave and has to come to terms with his moonlight alter-ego. It is late in the film when he manages to come across Frankenstein’s castle and a frozen monster inside. The monster is awakened and wreaks havoc before coming to a not all too engrossing close.

The film has a good atmosphere and the sets are marvelous, but it never gets fully off the ground. There just doesn’t seem to be enough plot to keep the story moving, as it often plunges into a dulldrom.

Definitely worth checking out for classic horror fans, but not the first place to stop.