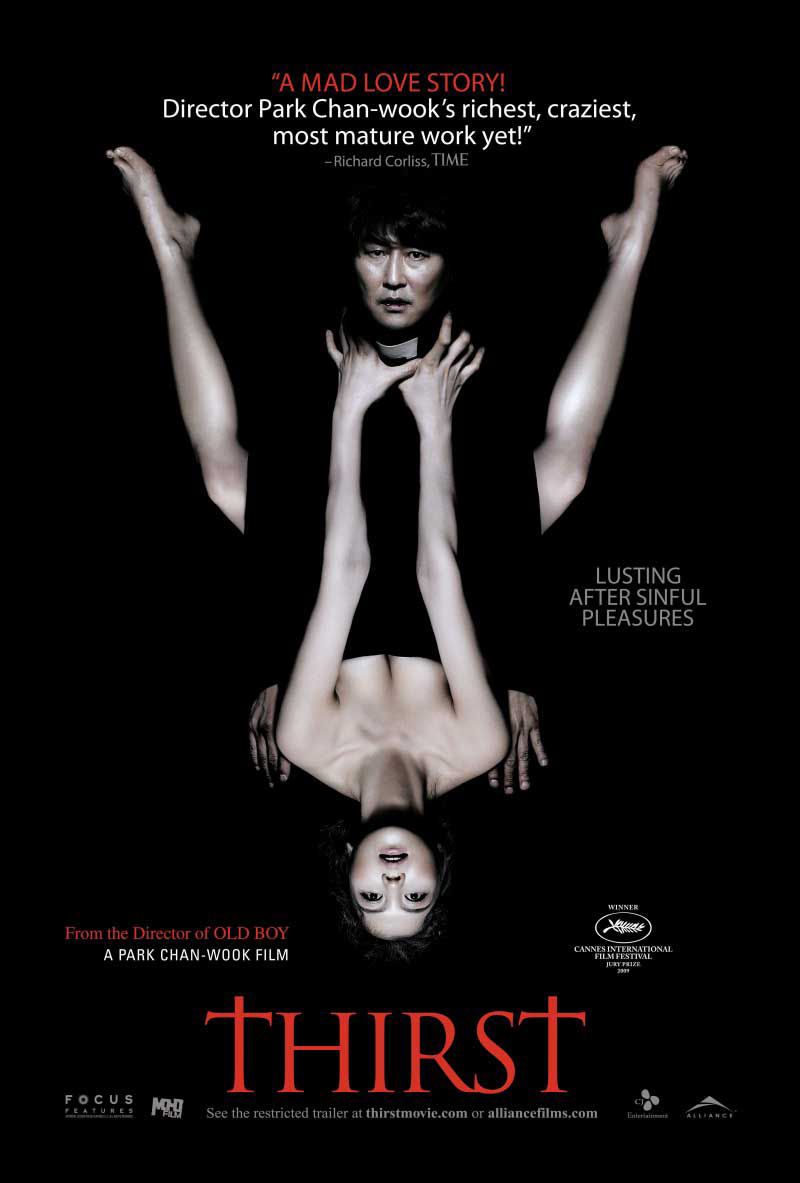 My Letterboxd profile says that I watched this movie once before, but I have absolutely no memory of it. I’m about halfway through the film right now and nothing has rung a bell. I don’t know if I just logged it wrong (maybe I watched something else and thought it was this, or just accidentally logged it) or if my memory is just that faulty. But I’m glad I decided to watch it again because I love it so far.

Directed by the always fantastic Park Chan-wook, thirst is a vampire movie, and so much more. It stars Song Kang-ho as a priest who volunteers to take an experimental vaccine for a deadly disease. The trouble is he doesn’t actually have the condition so he also volunteers to get it.

It kills him and then turns him into a vampire. A Catholic priest vampire is such a cool idea that I’m surprised no one has thought of it before. His morals keep him from outright killing people so he finds creative ways to quelch his blood lust (volunteering at a hospital he sucks on the other end of an IV out of a comatose patient for starters).

He meets a woman (played by Kim Ok-vin) who is very unhappy and is also into a bit of masochism. The two form quite a pair and that’s about as far as I’ve gotten into the plot.

Chan-wood injects all of this with his usual visual flair and perverse sense of humor. My wife especially appreciated when a sick man is playing a flute and then vomits up a bucket of blood (I’m just kidding, she just happened to be walking by during that scene and cursed my name for letting her see it, then quickly ran away).

And now I must get back to watching it.