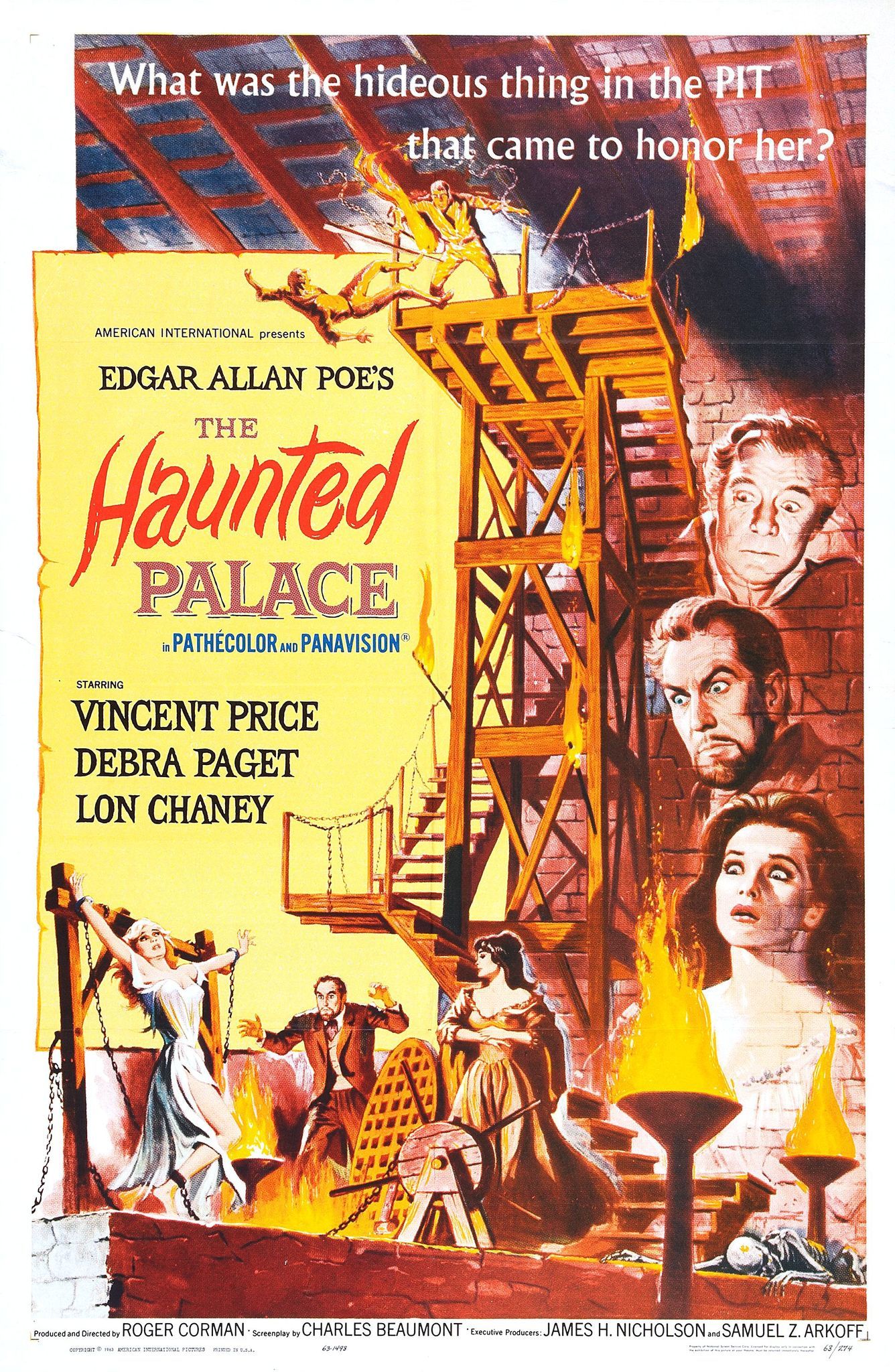 In 1960 Roger Corman found great success by adapting an Egar Allen Poe story into the film House of Usher. For the next several years he made a number of other films loosely based on Poe stories. The Haunted Palace takes its name from a Poe poem which can be found in The Fall of the House of Usher but the plot is actually adapted from H.P.Lovecraft’s short story The Case of Charles Dexter Ward, but it has all the hallmarks of Corman’s other Poe adaptations.

Vincent Price stars as Charles Dexter Ward a man who inherits an old castle in Arkham, MA. Upon arrival in the town, he and his wife Anne (Debra Paget in her final film role) are not welcome there. It seems the good Charles’s ancestor was mixed up in witchcraft some hundred years prior. The townspeople back then burned him at the stake, but not before he laid a curse on the town.

The town has been plagued with an abundance of deformities in their children and they believe this is due to the curse. Undeterred, Charles moves into the castle in order to fix it up and sell it. But soon enough he falls under his ancestor’s spell and with the help of a couple of henchmen (including Lon Chaney, Jr.) he begins some good old-fashioned revenge.

I love this stuff. Over the last few years, I’ve become a huge fan of Hammer Horror films and Corman obviously took a page out of their book for this film (and many others). Though it was made on a tiny budget it looks great. The sets are beautiful, and the lighting is gorgeous. Vincent Price is brilliant as ever. The story is a bit ridiculous, but it doesn’t matter because it is so much fun.