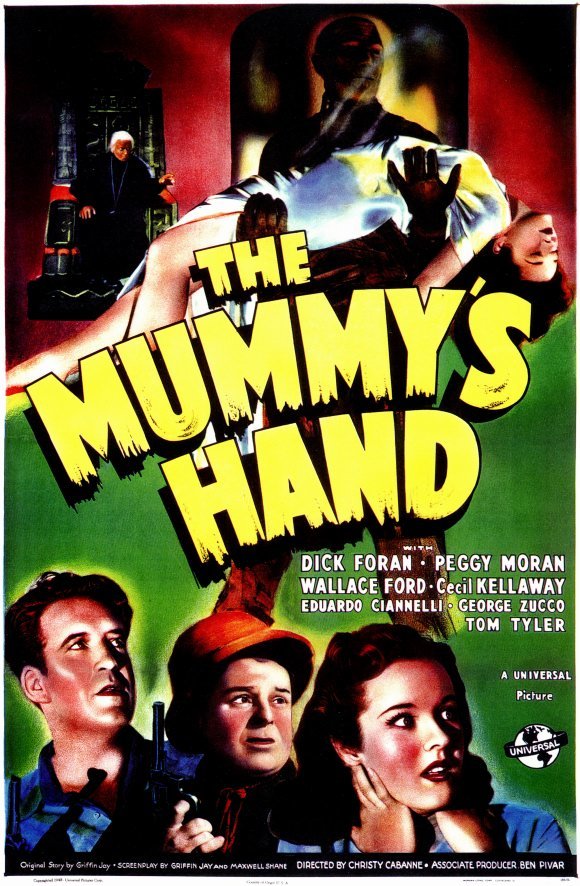 The Mummy (1932) is probably my least favorite of the classic Universal Horror films. Frankly, it is a bit dull and the Mummy doesn’t have nearly enough screen time. But it does contain some great set work and a wonderful performance from Zita Johann. This is probably why I’ve never bothered with any of the sequels…until now

The Mummy’s Hand takes the worst parts of the original and adds in some corny comic relief. Dick Foran and Wallace Ford, doing their best Abbott and Costello impressions play an archeologist and his trusty sidekick, both down on their luck. A broken vase they buy in an open-air market leads them on an expedition funded by a silly magician (Cecil Kellaway) and his daughter (Peggy Moran).

After a lot of plot, they eventually find the Mummy’s tomb. Some high priest or some-such thing feeds the Mummy some tea leaves and puts him under his control. Or something. My attention was waning at this point.

It isn’t a terrible film. The Mummy’s design is good, and some of the comedy is actually pretty funny. It’s just that the film feels so very slight. Its runtime is just 66 minutes and the Mummy doesn’t show up until about 40 minutes in, so there is a lot of filler. It had a tiny budget and pretty much no one involved with the original had anything to do with this sequel, so you can’t blame it for not being amazing.