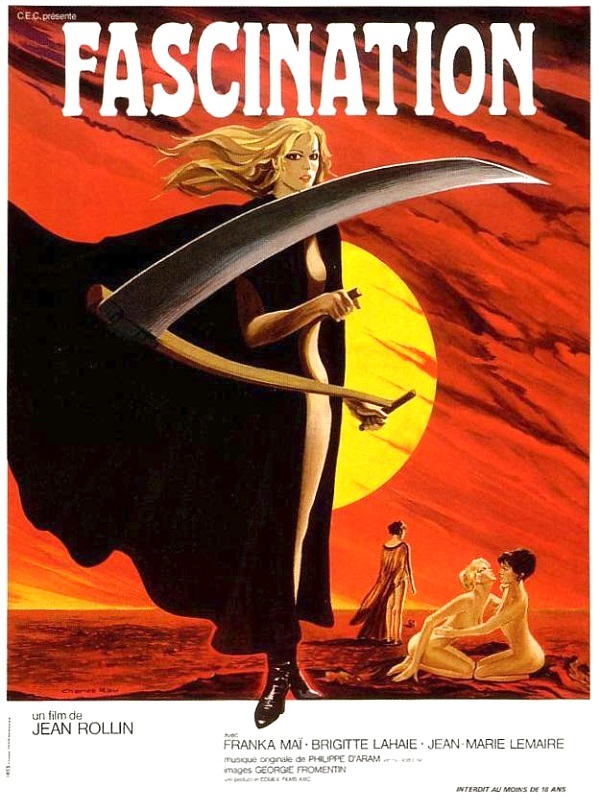 It is about a man who flees from his fellow villainous compatriots with a bag full of stolen gold. He winds up in a creaky, old, castle where he plans to hide out until the cover of darkness. There he meets two beautiful women clad in flowing white gowns.

Though he has a gun and speaks as if he’s willing to use it the women do not seem afraid. They taunt him and speak elliptically about further friends coming that evening and something sinister happening at midnight. The man doesn’t understand but is attracted to them and so he stays.

The film uses the castle, and those flowing gowns, to great effects. This is more a mood piece than a particularly violent horror film. It takes its time getting to where it’s going but it is mesmerizing just the same. Well worth a watch if you enjoy gothic horror and beautiful vampires.