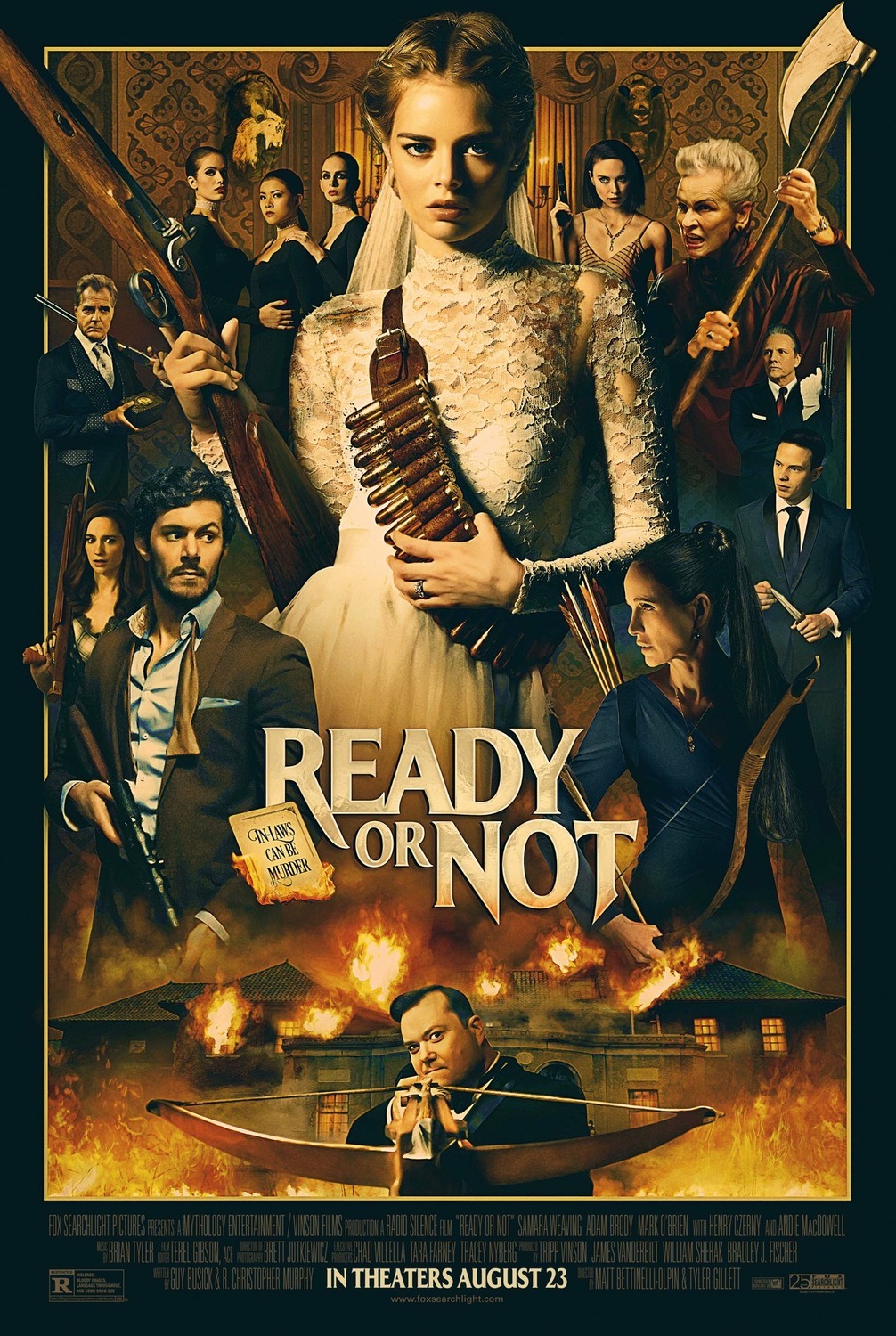 Every once in a while you find a film that just hits your sweet spot. It might not be a perfect film, but it is a perfect film for you. Ready or Not is that type of film for me. It is difficult to talk about the film without giving away some vital plot points so if you are the type of person who wants to go into a film completely fresh (and I do recommend that – though since even a basic synopsis of this film gives it away that will be difficult) then stop reading now.

Grace (Samara Weaving) is set to marry Alex (Mark O’Brien). His family is rich, strange, and probably psychotic. On their wedding night, Alex tells Grace that at the stroke of midnight she must play a game. What type of game? Well, she’ll get to choose it, but probably checkers or chess or something silly like that.

The family gathers in a room full of old weapons and a big table. The patriarch (Henry Czerny) tells them of how an ancestor made a deal with a man (or possibly the devil) on a boat and ever since the family’s fortunes have increased and will continue to do so as long as they keep this tradition. Whenever a new member is added to the family he/she must pick a card and play a game. Simple as that.

Grace draws the wrong card. It says “Hide and Seek,” which means she must hide and the family must seek (and kill) her. Some of the family seem reluctant to play, while others (like the demented aunt, gleefully played by Nicky Guadagni) are excited by the hunt. Everybody agrees to play because if they don’t kill Alex then the entire family will die horrible deaths by the time the sun rises.

The movie smartly plays this rather ridiculous (and yet still entirely awesome) story seriously which gives it some real stakes and makes us care bout Grace’s plight, but not so seriously that it becomes overwrought. The action is well done with the violence coming quickly, sometimes surprisingly, and often quite hilariously. The tension is built well and there is some pitch-perfect black comedy.

I’ve seen Samara Weaving in a few things and I’ve always enjoyed her performances (she’s really quite great in Mayhem), I hope she gets all the stardom she wants. She’s fantastic in this balancing fear, action, and dry comedy perfectly well.

This really is a film made for me. I love good horror comedies, and this is a great horror comedy.