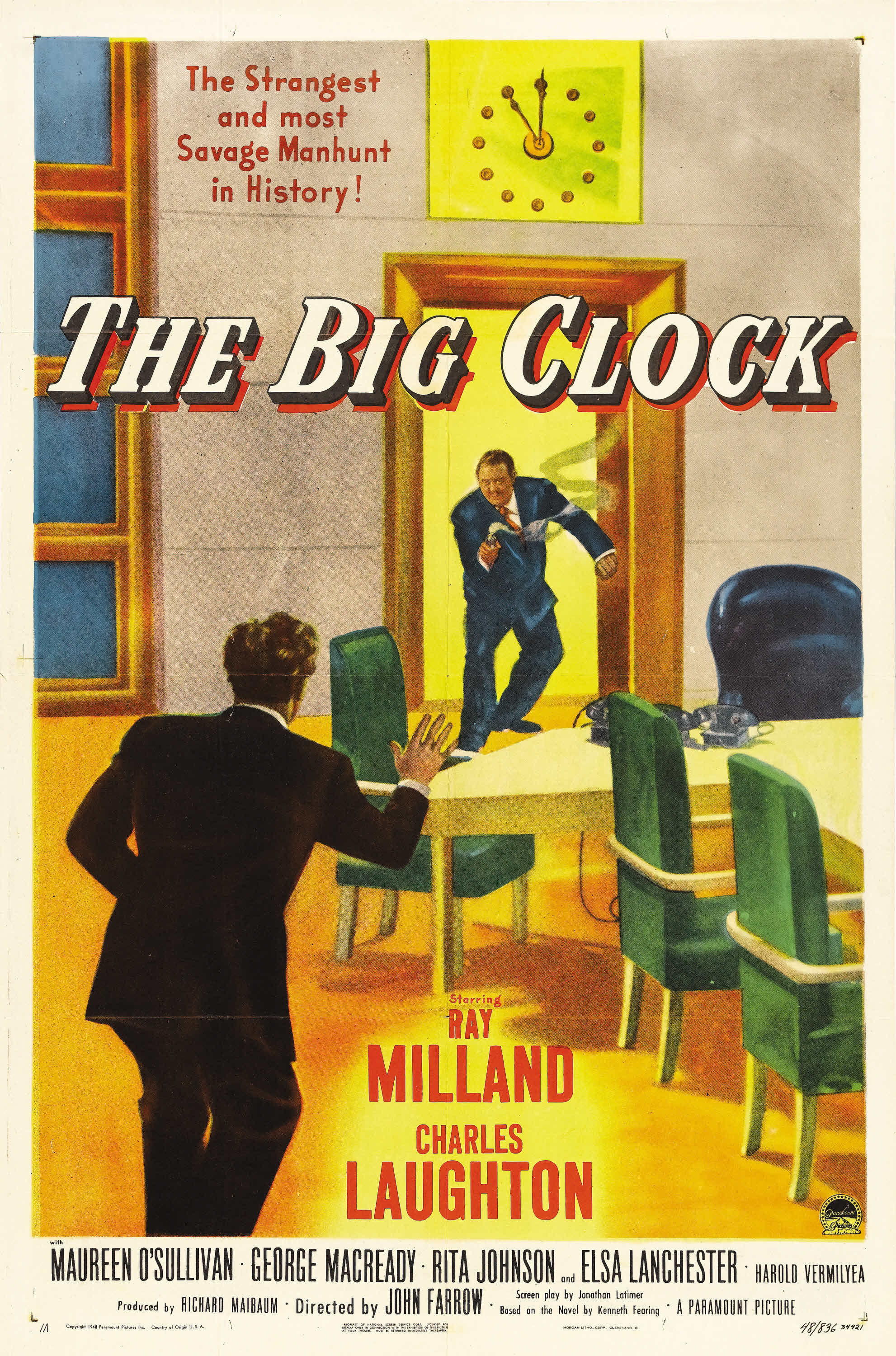 Knowing that I’m a big film noir fan, my wife recently bought me a bunch of postcards with film noir posters on them. Some of them I’ve seen, some of them I haven’t. A big chunk of my list of films to watch this month comes from those postcards. This is one of them.

Ray Milland plays George Stroud an editor at a big magazine in New York City. His boss Earl Janoth (Charles Laughton) is tyrannical. He’s the type of guy who calls a meeting to yell at everybody because subscriptions are down, then demands they come up with immediate solutions only to berate them when they respond. He doesn’t berate George because he’s just got a major lead on a missing person’s case. Janoth demands that George stick with the case even though he has a vacation planned for the next day.

George can’t miss that vacation. He’s missed too many vacations with this job, including his honeymoon. His wife is none too happy with him. He quits the job, but still misses his train. A glamorous woman, Pauline York (Rita Johnson) overhears his predicament and sees it as an opportunity. She’s Janoth’s secret lover and she’s ready to sell him out. She wants George to tell the story.

She gets herself murdered. Janoth learns that someone was seen leaving her apartment not long after the time of death. He forces George to supervise a team of reporters to figure out who that man was.

Spoiler alert: that man was George. He spends the rest of the movie trying to find himself.

The Big Clock is a lot of fun to watch. Milland and Laughton are terrific. Elsa Lanchester, in a tiny role, steals the show. It is one of those films that’s really quite good, but there is some little something that keeps it from being great. Still, it is a swell time at the movies.