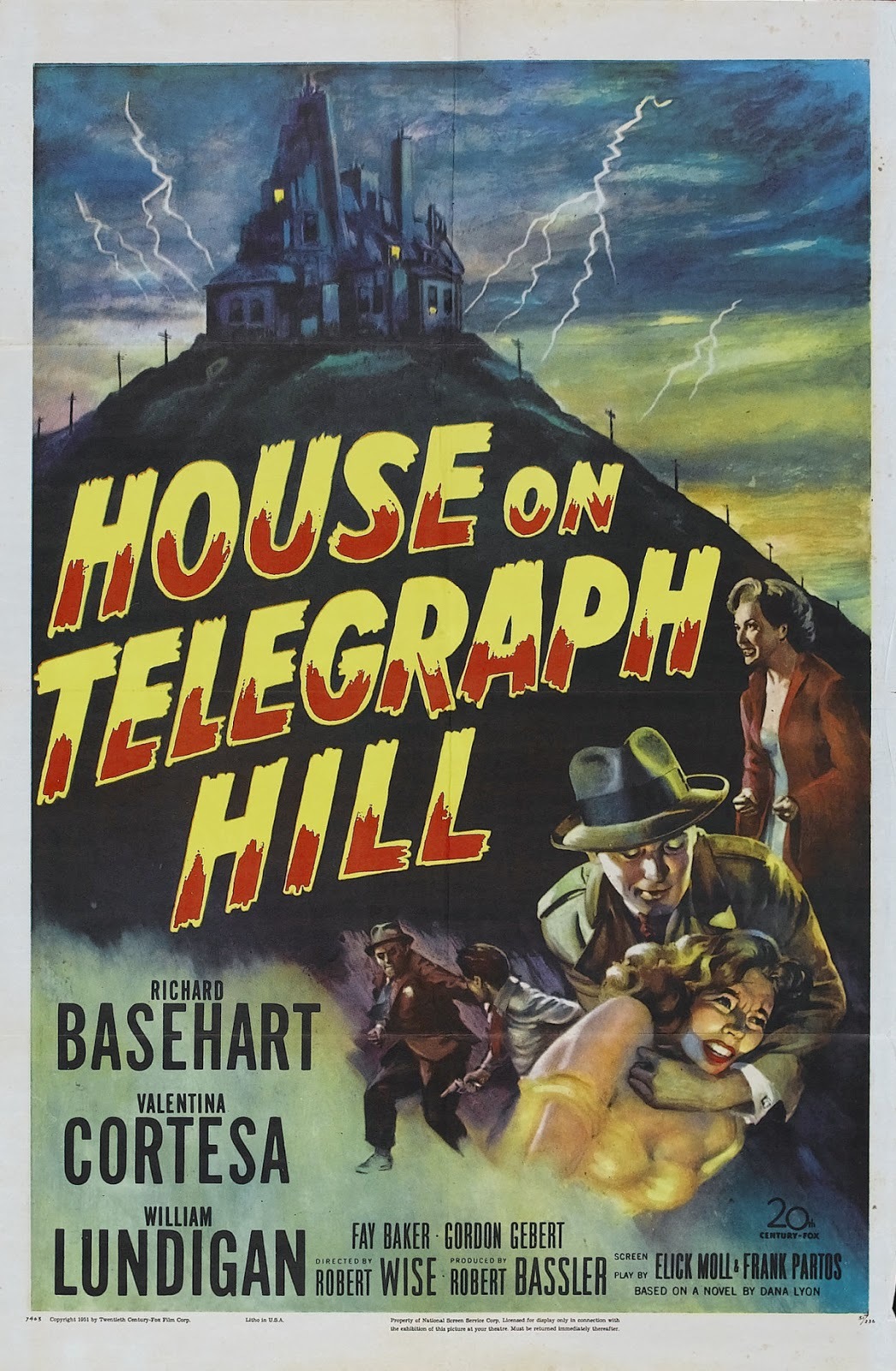 I know I said I wasn’t going to write about every movie I watched for Noirvember, yet here we are. I definitely won’t be writing full reviews of everything. Like tonight I’m too tired to say much. But I’ll say a little.

The House on Telegraph Hill was directed by Robert Wise which is why I decided to watch it. He directed the wonderfully spooky haunted house movie The Haunting (not to mention West Side Story, The Sound of Music and a bunch of others) which is why I watched it.

It is about a woman, Victoria (Valentina Cortese) who survives a Nazi concentration camp, and takes on the name of her friend who died there. The friend was American. When she arrives in San Francisco she discovers the friend (and thus her) has inherited a lot of money. She marries the man who has been taking care of her son, only to later discover that he is perhaps not quite what he seems. She’s pretty sure he is going to murder her.

It is a bit slow-moving and the intrigue never quite intrigues. The performances are fine and Wise’s direction is good. It isn’t bad, but neither is it all that good.