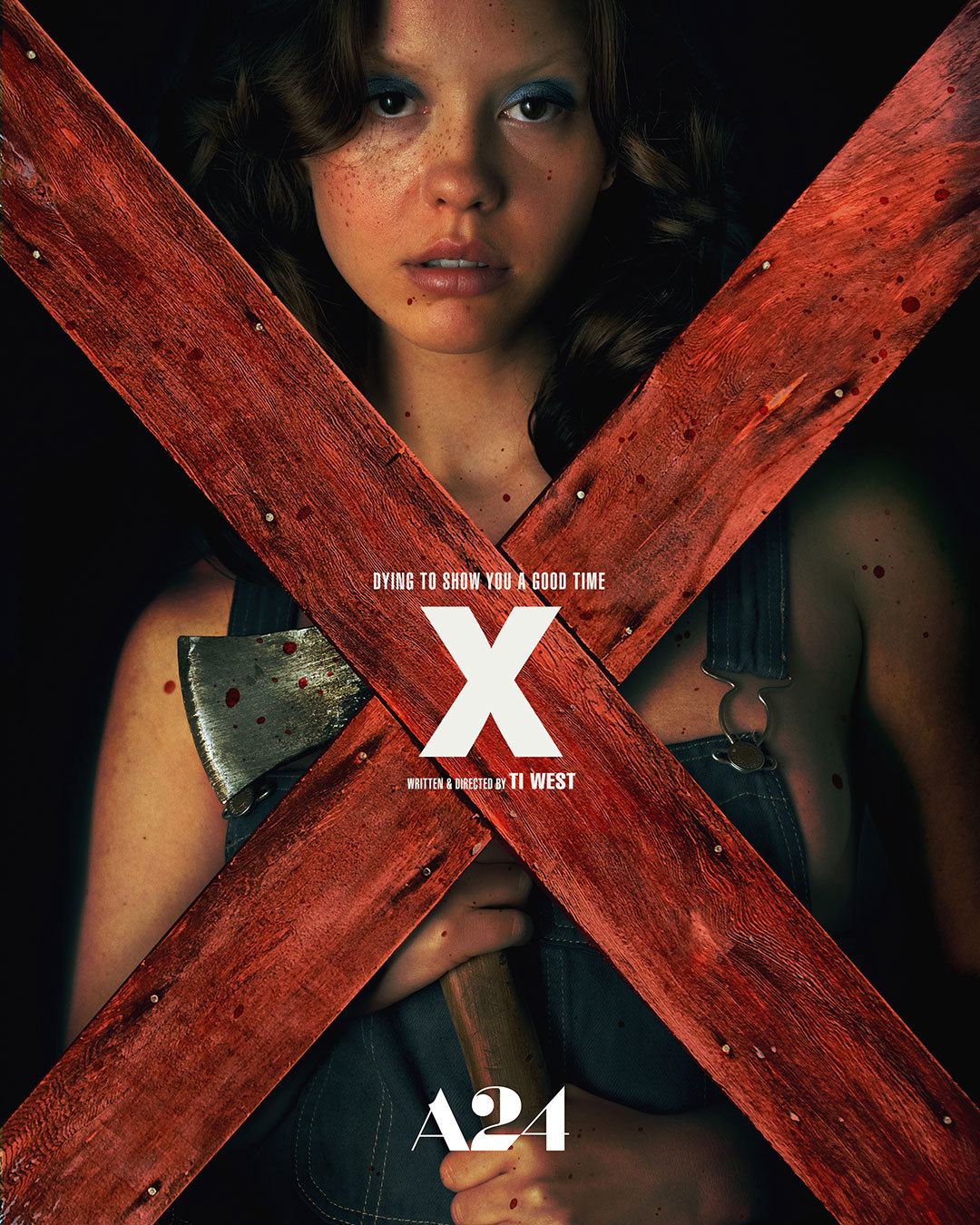 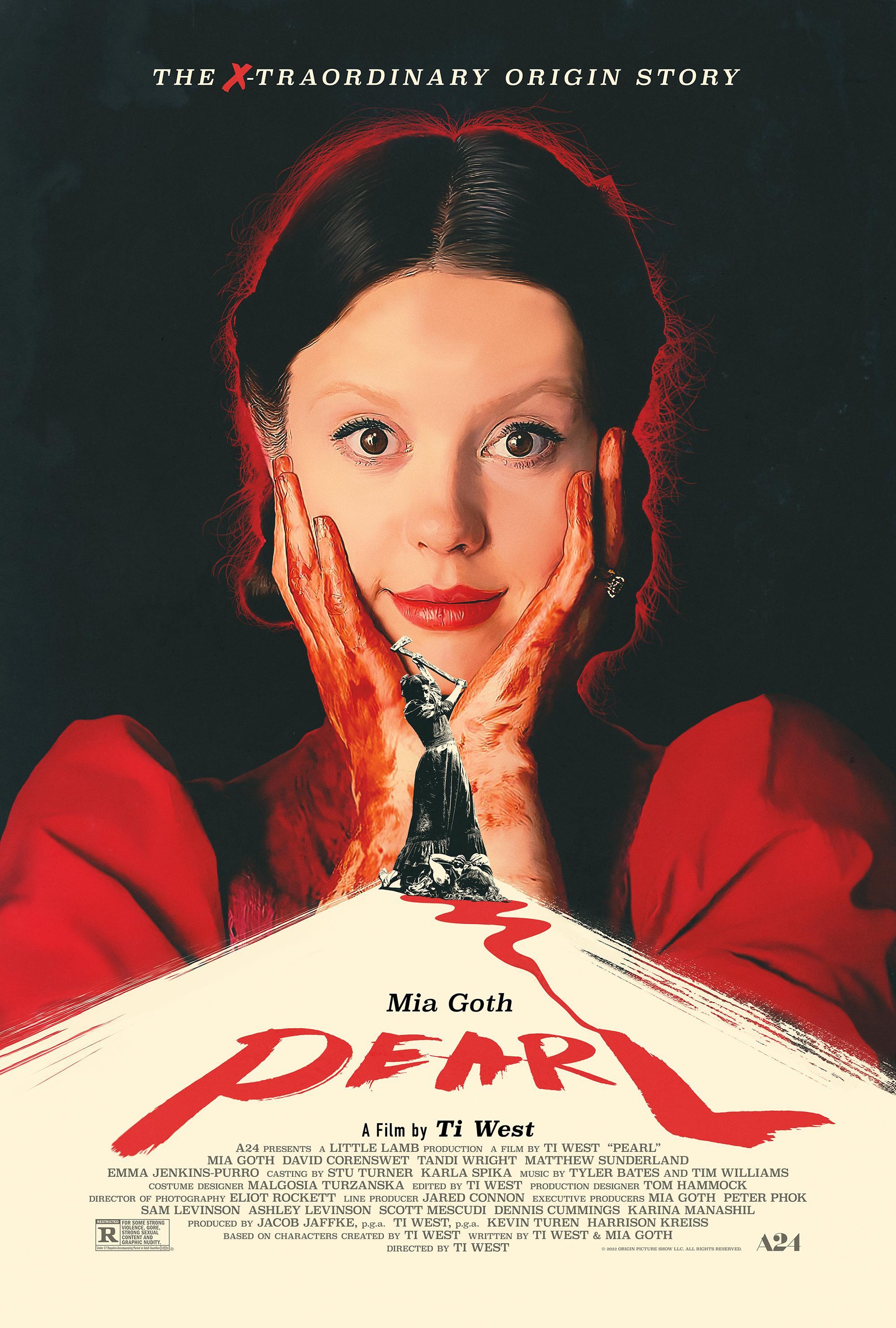 When I wrote about House of the Devil (2009) I indicated that I watched it because I’d heard good things about these two films which were also directed by Ti West. Well, I finally got around to watching them, and I’m glad I did.

Much like House of the Devil, X is an homage to gritty 1970s horror. It is more influenced by rural terror films like The Texas Chainsaw Massacre (1974) and Last House on the Left (1972) than the occult slasher that so influenced Devil.

The plot involves a group of young filmmakers who head off to a secluded Texas farm to produce a pornographic film. It takes place in 1979 when hardcore films had obtained a certain amount of mainstream success. But that success doesn’t lead to acceptance in rural Texas which is why the producer Wayne (Martin Henderson) didn’t bother to tell the elderly couple (Stephen Ure and Mia Goth under a lot of prosthetics and makeup) what they were planning to do. That will come to haunt (and murder) them later in the film.

There is one scene in which Bobby-Lynne is performing with Jackson Hole (Kid Cudi) and he says something that makes her genuinely laugh. The film’s director RJ (Owen Campbell) – who thinks of himself as some low-budget, arthouse auteur – zooms in on Bobby-Lynnes’s laughing face. It is perhaps the only authentic bit of acting she’s ever done. The moment Bobby-Lynne realizes the camera is capturing her laugh, she immediately switches to porn-actress mode and makes the requisite “oohs” and “ahhs.”

I enjoyed the slower moments much more than I did the graphic violence. Once the blood-letting began the film became a lot less interesting to me.

Pearl is a prequel to X which acts as an origin story to the old lady who does most of the murdering in that film. She’s Pearl of the title and is again played by Mia Goth, but without the old age makeup. She grew up on that same farm. Her father has been paralyzed by the Spanish Flu and her domineering mother (Tandi Wright) constantly criticizes her. Pearl loves the movies and dreams of being a star.

Where X was shot like a gritty 1970s horror movie, Pearl is made like a 1940s melodrama with some classic musicals for inspiration, too. It is full of big, bright colors, and there are a couple of wonderful fantasy sequences.

It also feels completely unnecessary. I was reminded of The Conjuring Universe where you have the main movies and then there are all these side stories where relatively unimportant objects in the main movies get their own films. Pearl is a prequel that no one would have asked for.

But it kind of works. It is well-made and entertaining. Mia Goth is magnificent. But I doubt I’ll ever watch it again, whereas I’ll most likely watch X many more times in the future.