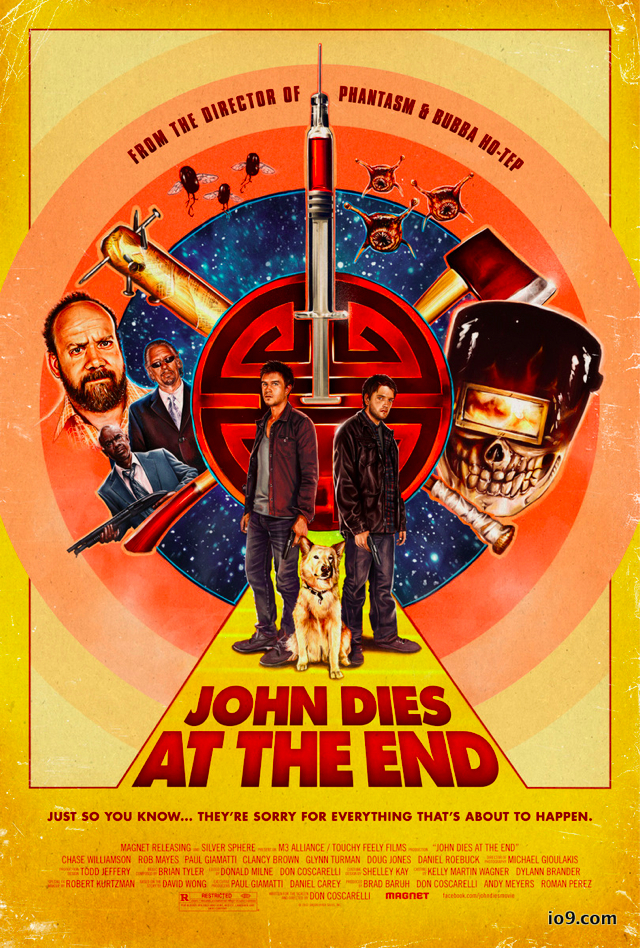 Don Coscarelli has had one interesting career as a director. After directing his very first feature film at the age of 18 he went on to create one of the more iconic horror mechanisms of the 1980s (Phantasm‘s flying silver ball). He followed that up with The Beastmaster a ridiculous, schlocky bit of fantasy starring Marc Singer as a bare-chested cross between Luke Skywalker and Doctor Doolittle which was a staple of late-night cable television in the early 1990s. He then made four increasingly bad Phantasm sequels which expanded the film’s mythology into incoherence. He also made Bubba Ho-Tep, a film that I haven’t seen but apparently stars Bruce Campbell as an elderly Elvis Presley who teams up with JFK to fight an ancient Egyptian mummy. His last film was this one which I just watched.

It is an absolute mess of a film, at times both brilliant and baffling. To explain the plot would be an exercise in futility. It involves a mind-altering drug, an alternate universe, bug aliens, and a lot of gross-out horror. It is a film so filled to the brim with ideas that it never pauses for a breath to let the viewer catch up, or to take stock of where it is going.

Coscarelli has a visual flair so it is generally interesting to look at (with the exception of some pretty dodgy CGI). It is well made and well acted (Paul Giamatti has a small role and he’s always great to see in anything – he also produced the film). There are lots of interesting things going on in the script, I just wished they had spent a little more time on any one idea and fleshed it out more, instead of throwing more and more and stuff at us. It has a tendency to be a little too jokey as well. In part, it wants to be this mind-bending, time-jumping sci-fi/horror film and in another part it wants to be a Judd Apatow-style bro-comedy. The two parts never really gel together in any coherent way.

It is definitely worth watching if you like Corscarelli or films that get a little crazy.