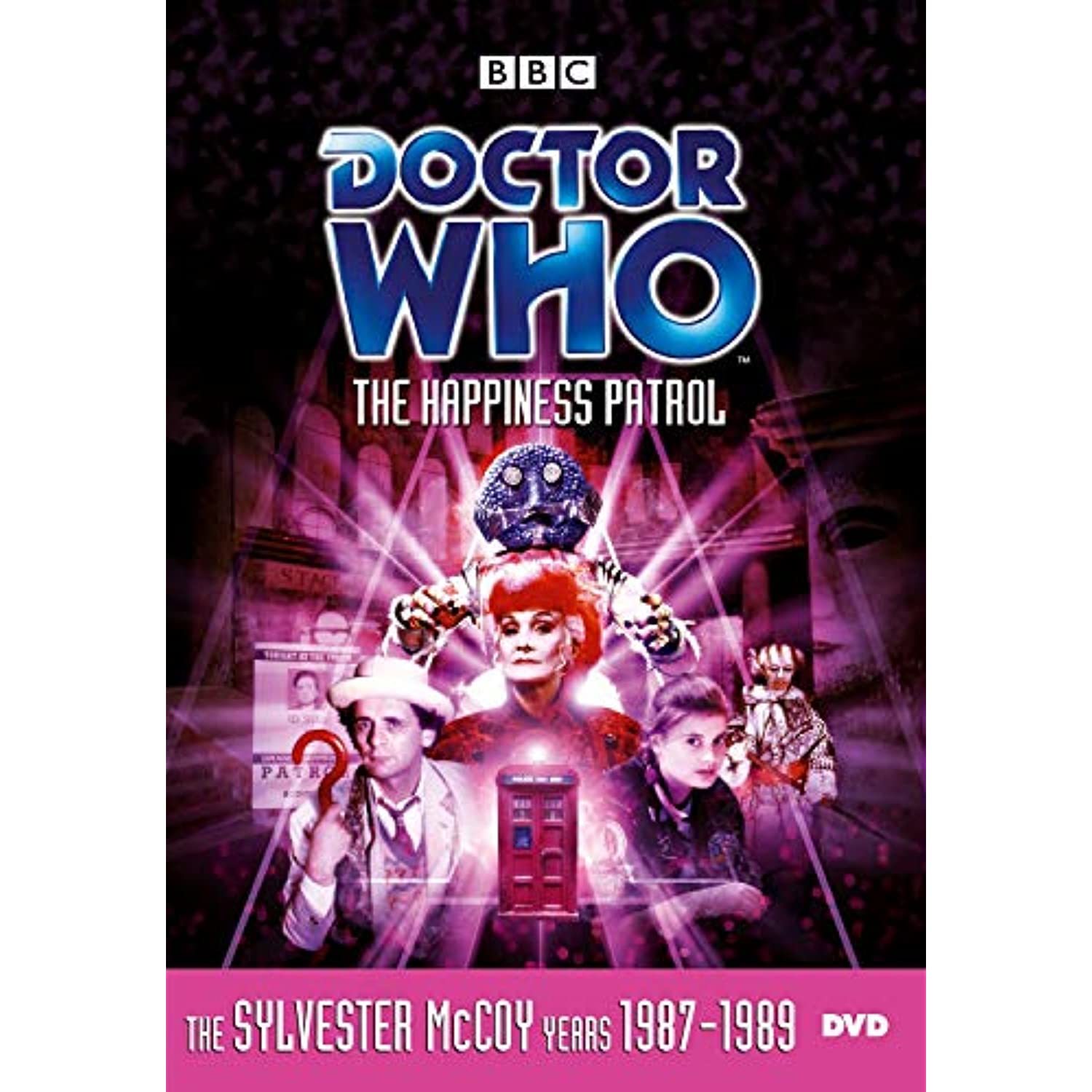 Sylvester McCoy does not get a lot of love for her tenure as The Doctor. On the whole, his stories are not as good as some of the other actors, and he tends to get knocked for being The Doctor that got the series canceled. But I quite like his performance in the stories I’ve seen and I don’t really think you can blame him for the cancellation. The series was in serious need of retooling by the time he got on board, and the BBC was not willing to do what was needed (mainly give it a decent budget).

Which is why I’ve now watched three of his stories in a row.

“The Happiness Patrol” is a good example of the best of Doctor Who and some of its worse excesses. The Doctor and Ace (Sophie Aldred) land on a human colony on the planet Terra Alpha which is run by Helen A (Sheila Hancock) who is obsessed with happiness. So much so that she has outlawed unhappiness and has unleashed the Happiness Patrol (made up of a group of women with big hair, big makeup, and short skirts) to find anyone even the slightest bit sad and kill them. Naturally, The Doctor and Ace stage an unhappiness revolution.

That’s a cool idea for a story and one they would revisit in 2017 with “Smile”. Helen A is a great character. She is someone who probably started out with the best intentions – she simply didn’t want her people to be unhappy – and then she allowed things to go very extreme.

And in Classic Doctor Who fashion almost everything goes extreme. Helen A’s henchman is Kandyman, a killer robot made entirely out of candy. The Doctor thwarts Kandyman a couple of times by throwing a liquid at its feet, melting the candy, and making it stick to the floor. Helen A has a crazed wolf-dog hybrid. It is all wonderfully batty, completely silly, and a bit excessive.

The original inhabitants of the planet now dwell underneath the city in a series of pipes. There is a man who wanders about playing the blues on the harmonica, at least until he spies the Happiness Patrol at which point he plays a happy tune. There is an undercover agent who pretends to be just a little bit sad by which he coaxes other people to admit their own sadness and then sicks the Patrol upon them. There is a census taker from another planet who notices that a whole lot of people have gone missing since his last census.

That’s a whole lot of stuff for one story to be doing, and with only three episodes and a run time of 75 minutes, there isn’t enough time for the story to do everything it wants.

There are folks out there, smarter than me, who dig deep into these things. Those folks note that Helen A feels a whole lot like Margaret Thatcher and the entire story seems to be commenting on her reign as Prime Minister at the time. I don’t know about that, but I do know that this story is a whole lot of fun.