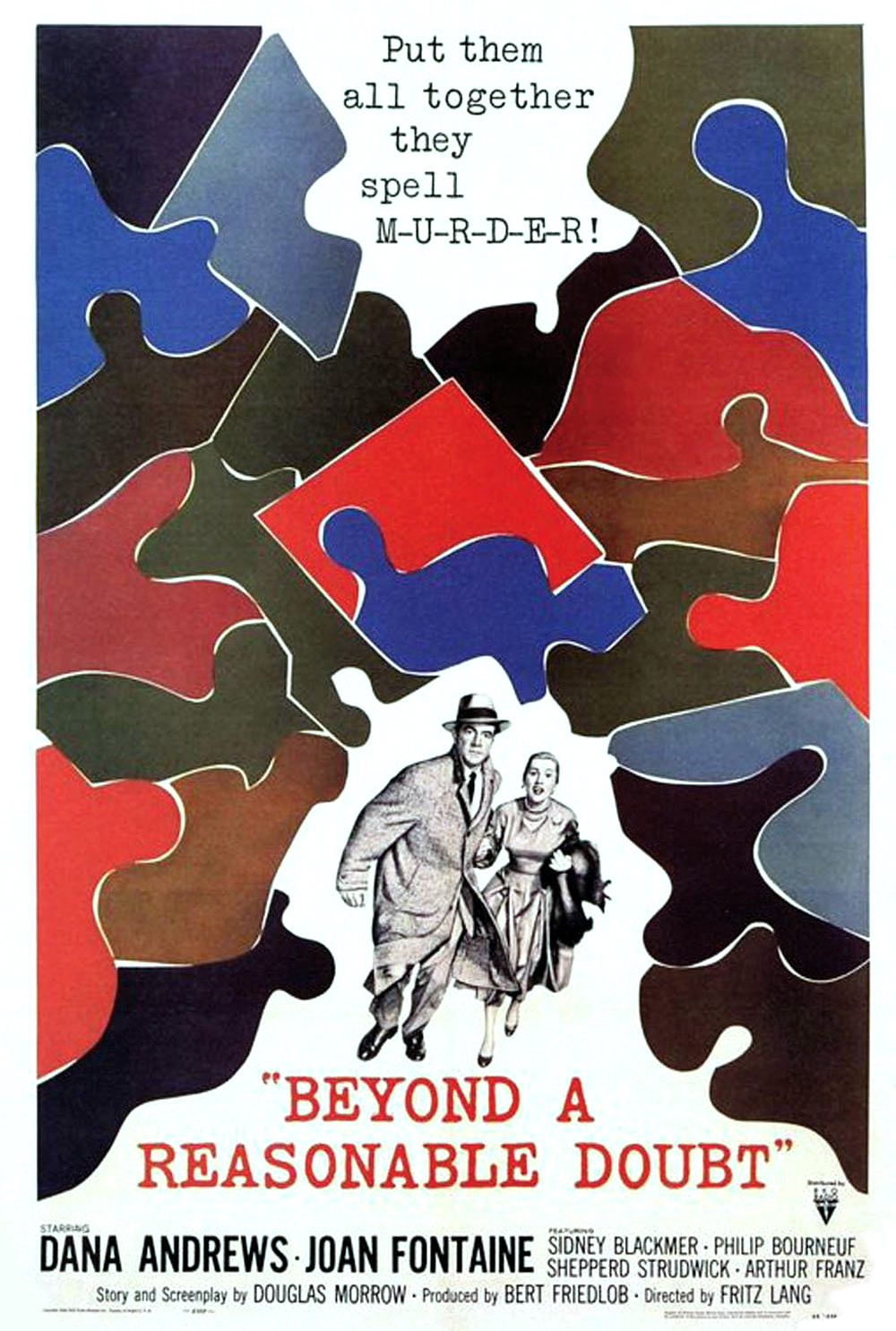 I’m generally not the type of person who complains about plot holes in a movie. I’m a firm believer that cinema is much more than the plot. I can easily overlook holes in a plot or problematic bits of a story when the acting, direction, cinematography, music, etc, are doing it for me.

Fritz Lang is a fantastic director. He came up making silent films in Germany so he knows how to tell a story visually, without a lot of audible or written language. But I almost turned Beyond a Reasonable Doubt off because the story was so ridiculously dumb.

Dana Andrews plays a guy who, along with his soon-to-be father-in-law hatch a plan to expose the inadequacies of the district attorney and the death penalty. The idea is to find a murder case that the police can’t solve, then plant a bunch of evidence making it look like Dana Andrew’s character is guilty. At the same time, they’ll take some photos and stuff proving they planted it. The police will catch him, the DA will prosecute him, and the jury will convict but just before he’s executed the father-in-law will reveal the plan and all will be saved. Also, they’ll expose how easy it is to convict and execute an innocent plan.

Anyone with half a brain can see how terrible this plan is. Nobody in their right mind would intentionally get convicted of a crime they didn’t commit expecting the justice system to correct itself when proof of innocence is procured. Anybody who has ever seen a film before will know that something will inevitably go wrong leading to a panic that our hero will actually face the gas chamber. Everyone will guess he gets saved at the last minute.

What I’m saying is this movie is dumb. Dana Andrews does his best to carry the plot on his shoulders. Fritz Lang does a decent job of adding what tension he can to the story. But I could not get past how stupid it all is.

Did I mention that the two men decide not to tell Andrews’s character’s fiance about this stupid, stupid, plan because they don’t want to worry her? Because apparently letting her believe her fiance is going to be wrongfully executed is no big deal. That’s how dumb this plot is.