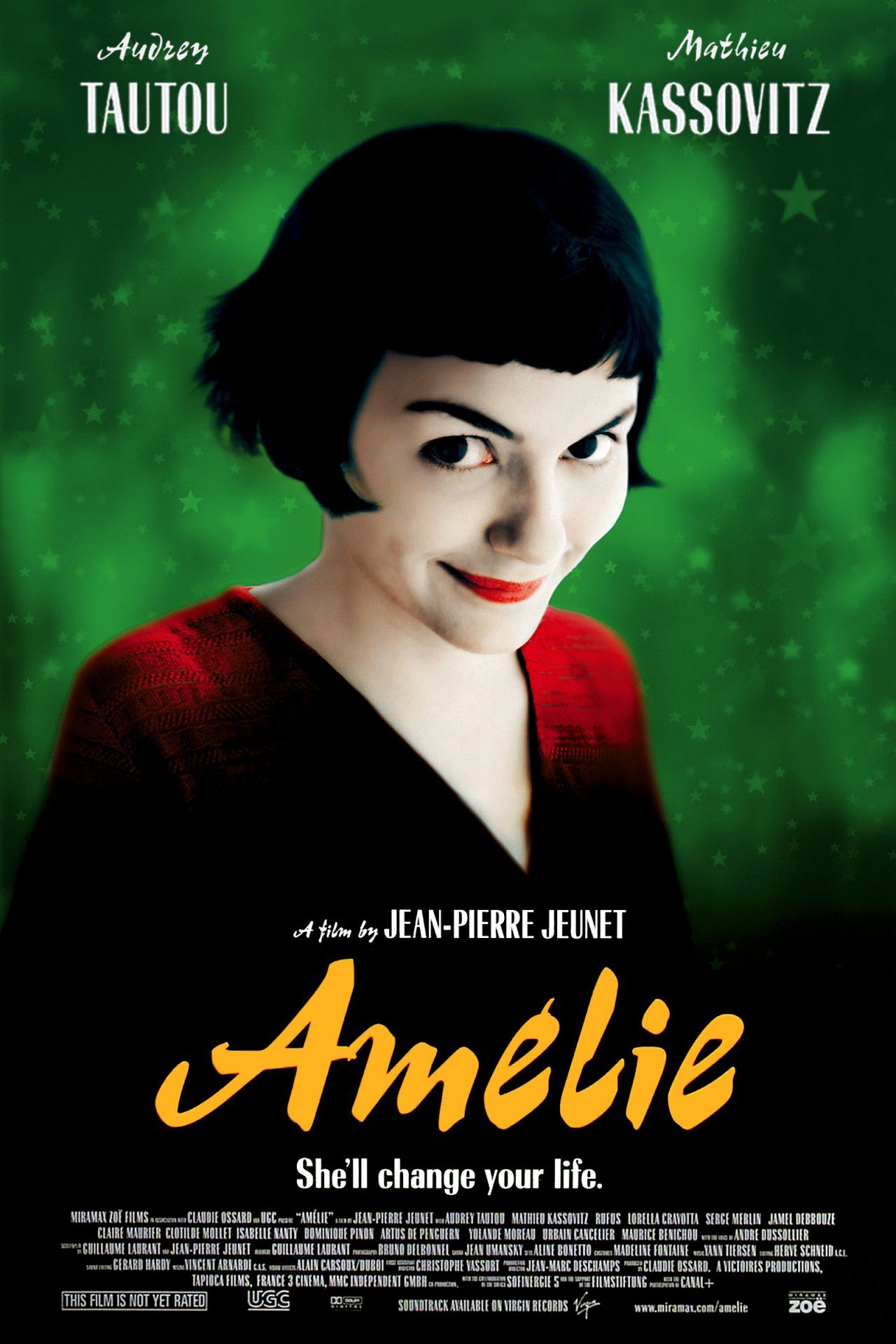 There are some films that are pure joy to watch. These are films to be watched, cherished, and loved over and over again. There are certainly films that I may not herald as perfect cinematic achievements, but bring a smile to my face, and warmth to my heart. Amelie is such a film.

Jean Piere Jeunet made a series of dark, depressing films before Amelie. They seem to come from some strange crossing of Brazil-era Terry Gilliam and HR Giger-inspired Alien landscapes. In fact, Pierre directed the 4th installment of the Alien franchise, Alien Resurrection. Prior to Amelie‘s huge success, he was only known in the US for this picture. This is a shame, because her previous two films (Delicatessen and City of Lost Children) are real gems.

In Amelie, Jeunet has lost his Orwellian vision and has come up top of the world into the clear, blue sky. Amelie is alive with color and beauty. It is as if his first three films were harrowing graphic novels, and this one is a bright, technicolor Saturday morning cartoon. It is even a change of story for the director. Where his previous films concerned such meaty subjects as cannibalism, child murder, and those bloody awful Aliens, here is a simple story about making people happy. I’m not sure what caused these changes in the director, but it is a treasure to behold.

The story revolves around Amelie (Audrey Tautou), a shy, quiet, and lonely young woman living in the Montmartre section of Paris. Through a random series of events, she decides to make people happy. The means by which she manages this, and the heart of the movie, is through devising an extraordinary, and quirky, series of stratagems. For example, in order to bring some excitement into her saddened father’s life, she kidnaps his garden gnome and sends it across the globe with an airline stewardess. Her father sees the gnomes through a series of photographs taken with it standing near national monuments. The entire film is played out with child-like innocence and beauty. Jeunet uses his camera to create images that are light and joyous. Audrey Tautou plays Amelie like a pixie who is bursting inside to tell the world’s funniest joke.

Having visited Paris before watching this film again I found an additional joy by noticing the little details unknown to me in previous viewings. I have walked the steps of the Sacre Couer, seen the photograph kiosks in the train station, and seen the top of Notre Dame. These actions did not bring any further realizations into the film but brought a little more joy to my viewing. It is like when a film is set in an area you once lived in. It may not have anything to do with you, but there is a pleasant joy in knowing where the events take place.

The film does not look or feel like the Paris that I visited last Christmas. It is almost a fairy tale version of the city. A city that, as an American, I conjured up with such names as “City of Light, City of Love.” The reality is a much darker, dirtier sort of place. But in this film everything is lighted beautifully, there is no garbage piling up on the streets, and the metro stations look lovely. Even the people if not always cheerful, are quirky and cute in their unhappiness.

There are other films that achieve more in their 2 odd hours of screen time, than Amelie. Though I could site more serious, and relevant films, it would be difficult to find one so full of innocent joy.