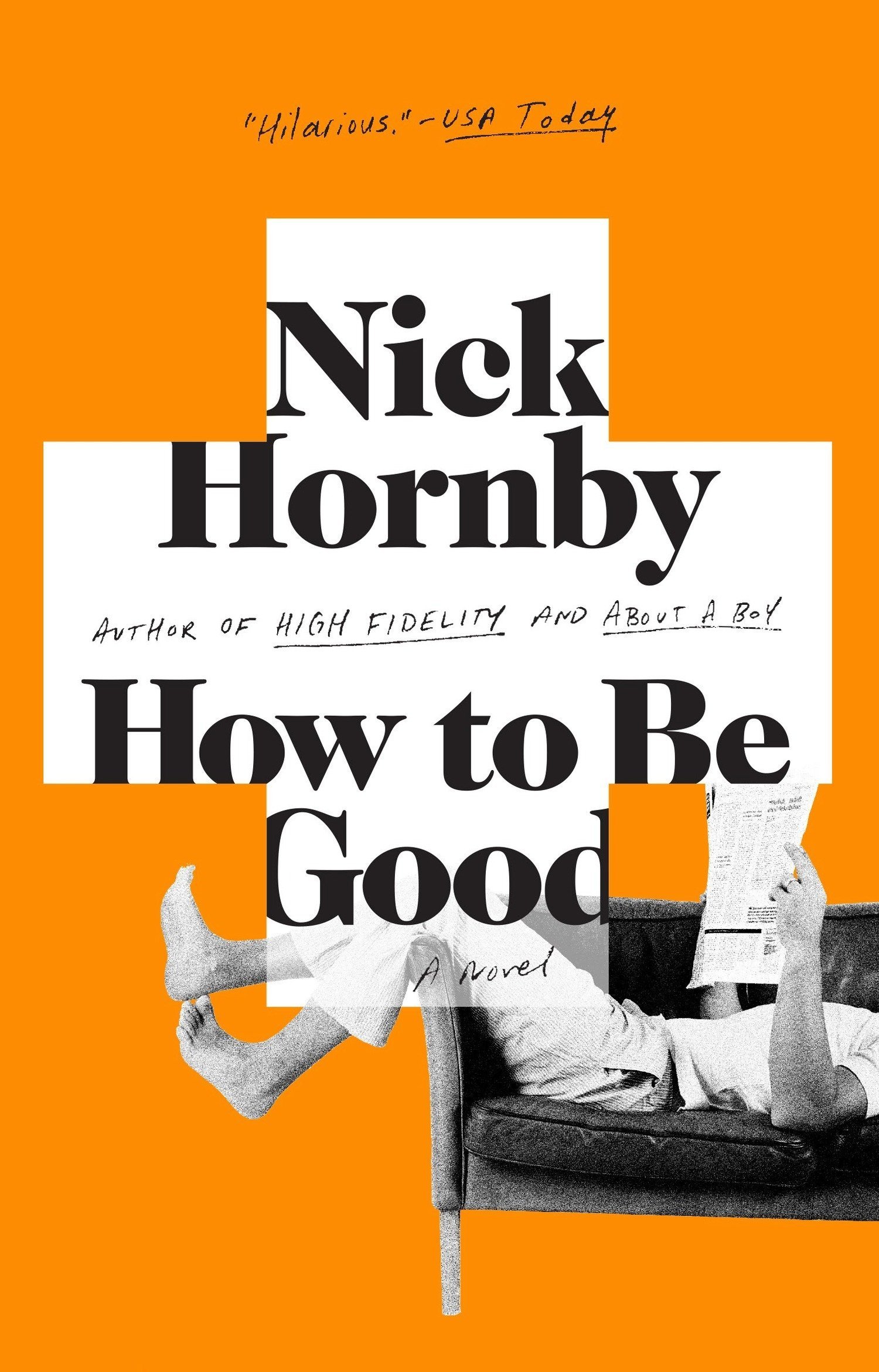 How to Be Good is the third book by Nick Hornby that I have read. The other two, High Fidelity and 31 Songs were insightful, well written, and hilarious. Both, happen to also be about music. 31 Songs is a collection of essays about, well, 31 songs. High Fidelity uses the protagonist’s obsession with pop music to discuss his relationships with women. I have not read the book, but the movie version of About a Boy also contains a similar musical theme. Music, is obviously, something very dear to the heart of the writer. With How to Be Good, Hornby seems to be making a real attempt to steer clear of this area. In fact, the narrator/main character, Katie Carr, mentions that her life is completely devoid of music, books, and movies. Unfortunately, her life and this book are almost completely devoid of what makes Nick Hornby’s novels so good.

In choosing to leave his normal type of fiction, Hornby chose to write this novel in the first person from the perspective of a middle-aged, middle-class, female doctor. Whereas he can write articulately, with great perspective, about a middle-aged male obsessed with music, Hornby has no true understanding of how a woman doctor might feel. This character comes off sounding whiny, self-important, rattlebrained, and false. The plot comes off so implausible I spent most of the novel groaning for help.

Katie Carr tries to live a good life. She became a doctor to help people, she tries to love her husband, and raise her two children right. Yet by the books beginning her life is thoroughly messed up. Problems with her husband David, the self-professed “Angriest man in Holloway” have been going on for years, and her she is no longer sure of how she feels about her own children. In fact, she is ready for a divorce and a new life. However, before she is granted this, her husband, healed by some mystical healer changes things around. Instead of the sarcastic, angry man he has always been, suddenly he is a kind, generous, make the world better kind of guy. The crux of the story is Katie trying to come to terms with this change. Having a hateful husband was horrible, but she is not sure having a super husband is much better. What follows is a series of mildly amusing, if highly suspect, adventures, and a great deal of preaching.

There are few scatterings of great writing. My favorite moments are when we get small snippets of the old David. His anger is in the form of sarcasm and we get summaries of articles he wrote for a paper, which are quite hilarious. When Hornby is on, he is able to bring out humor and poignancy in any scene. Here, we gleam a few moments of this brilliance before he bogs us back down into his sermon.

Knowing a little biography of the author, and his own tumultuous marriage, I can’t help but think this is his way of sorting things out. Perhaps he is even trying to see things from his wife’s perspective. There is a lot of cutthroat bickering between spouses here, and one wonders if some of it isn’t autobiographical.

Elsewhere, Hornby has been able to give us a glimpse of how to be good, without overtly showing us. In other novels, he gives us characters who have flaws but are able to sort something out for themselves while remaining true to their character. Here the story seems sacrificed in order to tell the audience how to live. Let’s hope he returns to his earlier form by showing us, and not preaching.