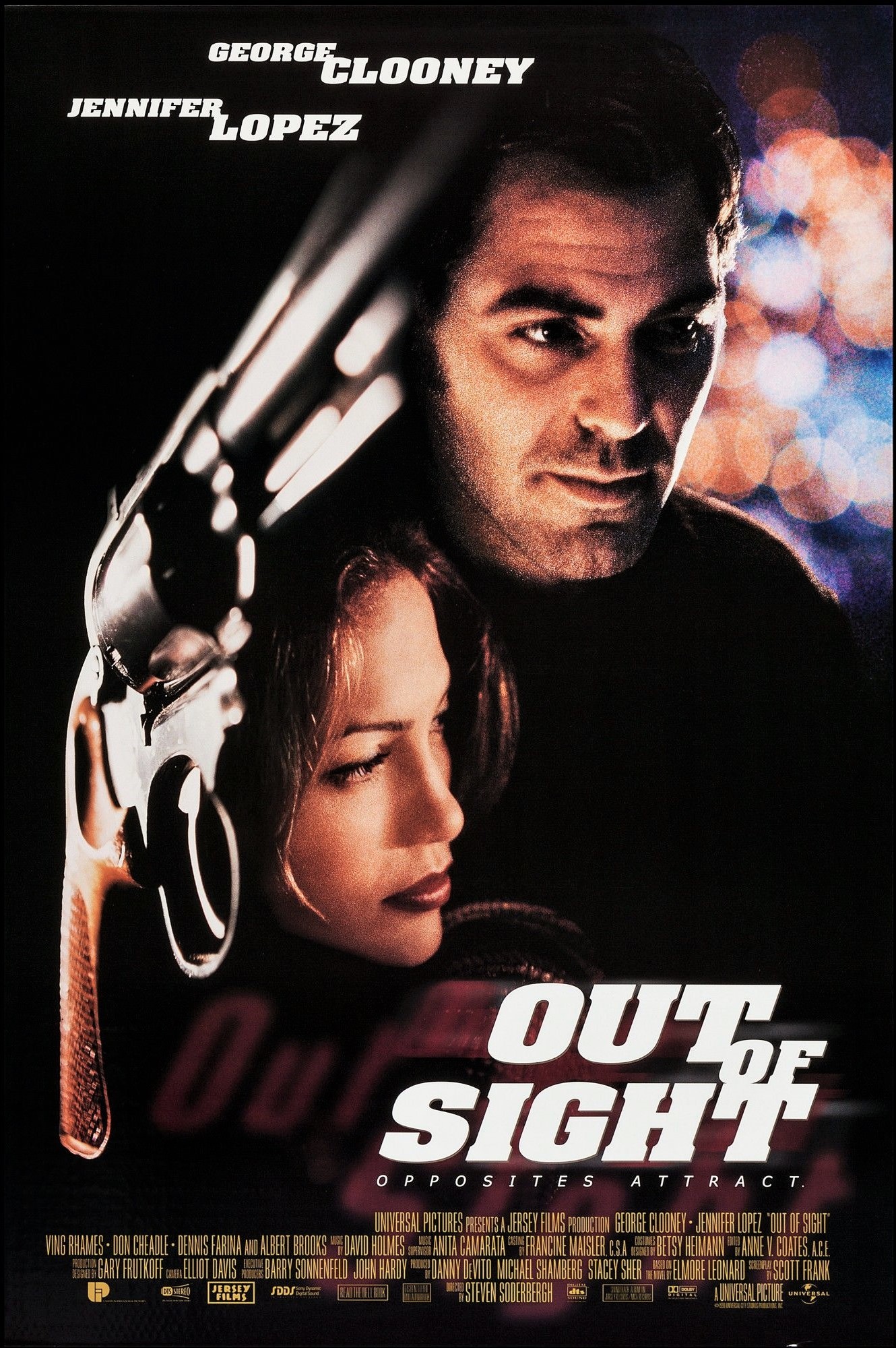 When I purchased my DVD player, I wanted to only own the old classics and excellent new, indie films. The first DVD I purchased was Steven Soderbergh’s Out of Sight. It had the indie cred I desired, plus it was by a director I admired. And I am the type of person to admire directors over actors, and genres. Plus it didn’t do well at the box office so I could feel justified in my ability to overlook the big blockbusters and snuggle into something small and arty.

I have since realized that trying to impress some film buff that will never show himself at my house is both immature and not very practical. After a few additional classics (2001, Taxi Driver, and Evil Dead II) I came to realize that there are some extremely popular DVDs that are must-haves. It’s hard to claim indy cred when you’re picking up Jaws and Animal House. Plus my DVD player came with free copies of crap like Michael and Basic Instinct. Add that to the odd assortment of movies I keep picking up as gifts and swiping from my brother via Mom and you have a whole heap of DVDs not worth bragging about.

All of this is simply to say I like Out of Sight a great deal. I have watched it every six months or so since I bought it 5 years ago and have never been disappointed. It is a crime story more interested in characters than crime. Though some of the plot points are on the implausible side, the film is so overwhelmingly enjoyable it is easy to forgive such faults.

Soderbergh is a talented artist, though as a director he is a bit of a mixed bag. He has created some truly brilliant films (Traffic, the Limey) but also a few bombs, artistically speaking (Full Frontal, Oceans 11). After starting the indie revolution with Sex, Lies, and Videotape he created the first of several experimental films, Kafka. Thus developing a theme for his films: smart, original films followed by artistic experiments that mostly fail. With Out of Sight, he began what I would call his attempt at being mainstream. It is based on an Elmore Leonard novel, produced by Danny DeVito and Barry Sonnefeld, and stars a couple of up-and-commers looking for a hit. For those of you that scoffed at my labeling, this movie “indie” do understand that this movie was pre-Erin Brokovich, Traffic, or the Oceans series for Soderbergh.

George Clooney was a television star from ER but had yet to have a successful movie. And Jennifer Lopez was still Jennifer Lopez rather than J.Lo, Jenny from the Block, or Bennifer. In 1992 it was, well, not exactly an indie movie, but it definitely was not a sure-fired blockbuster. Point of fact, it rather bombed at the box office.

Soderbergh tends to be his own director of photography in his pictures. By his own admission, this is more because of his method of producing pictures quickly, than of his own expertise at this skill. Though he does do a good job at it. In fact, one of the first things I noticed about the picture, was its use of light. There are two prisons seen in the picture, and both are given a different enough look that you can easily tell them apart. During the scenes in Miami, the lighting is very bright and sunny. Soderburg intentionally over-lighted the windows for interior shots to give the outside a particularly sunny look. Detroit is shot in a lot of blues that give an added feel of cold and separation.

Each character is given a chance to shine. There are no flat characters designed to move the plot along. Rather they are fleshed out and appear real. Clooney and Lopez show real chemistry on screen and you begin to believe that a US Marshall could actually fall for an escaped bank robber. I have never seen an episode of ER and my buddies and I used to make fun of Clooney for his charming good looks and general star quality. This is the film that began to change my mind and understand him for the fine actor he has become. This film also made me believe that Jennifer Lopez was a fine actress and someone to look out for. But, of course, she quickly became a caricature of herself and has not done anything since then to make me a believer.

I love this film. It is a crime drama that pays more attention to the character than the crime. It is romantic, without being schmaltzy. It is funny, without shooting for gags. It is a well-made, competent movie that holds up on repeated viewings. I can still brag that it holds a place on my DVD shelf.