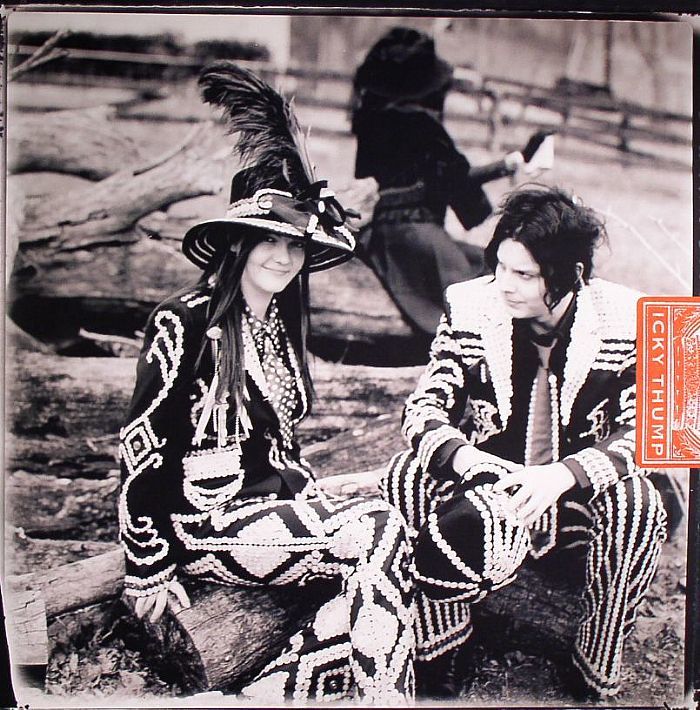 I finally, um, obtained the new White Stripes album, Icky Thump. There has been some weird championing of it since it is (mostly) a return to their loud, blues/garage rock roots after moving into a lighter, more layered soundscape with their last album, Get Behind Me Satan. I say it is weird because when Get Behind Me Satan was slathered with a lot of high praise, but now it seems everyone has forgotten how much they loved that album and want nothing more than loud guitars.

Whatever, I really liked GBMS, and while I’m  not the world’s biggest White Stripes fan, I tend to listen to it more than others. I’ve mentioned before how my middle-agedness has turned me a lot more mellow and thus the music I tend to listen to has much softer edges than the grunge/punk/alternative stuff I dug in my youth. While I dig the older, Rockin albums of the White Stripes, I really dug how they created a fuller, more rich sound with Satan.

With Icky Thump they have returned to a louder, more guitar-based sound (mostly as songs like “prickly thorn, but sweetly worn” are softer and more cuddly.) I’ve only given it a listen and a half, so I can’t really give it a full review, but I’m liking what I’m hearing.

Even in middle age I still like a little edgy guitar riff to throw my (ever-thinning) head about. As usual, Jack and Meg have put together a turn-to-eleven, slam up against each other rock fest. I dig Jack’s periodic talking blues pieces, even if I’m not exactly sure what the crap he’s talking about, and I like the more experimental sound collages.

I don’t think this will be replacing GBMS anytime soon, but it is a nice album to put on, crank up and pack my house to.