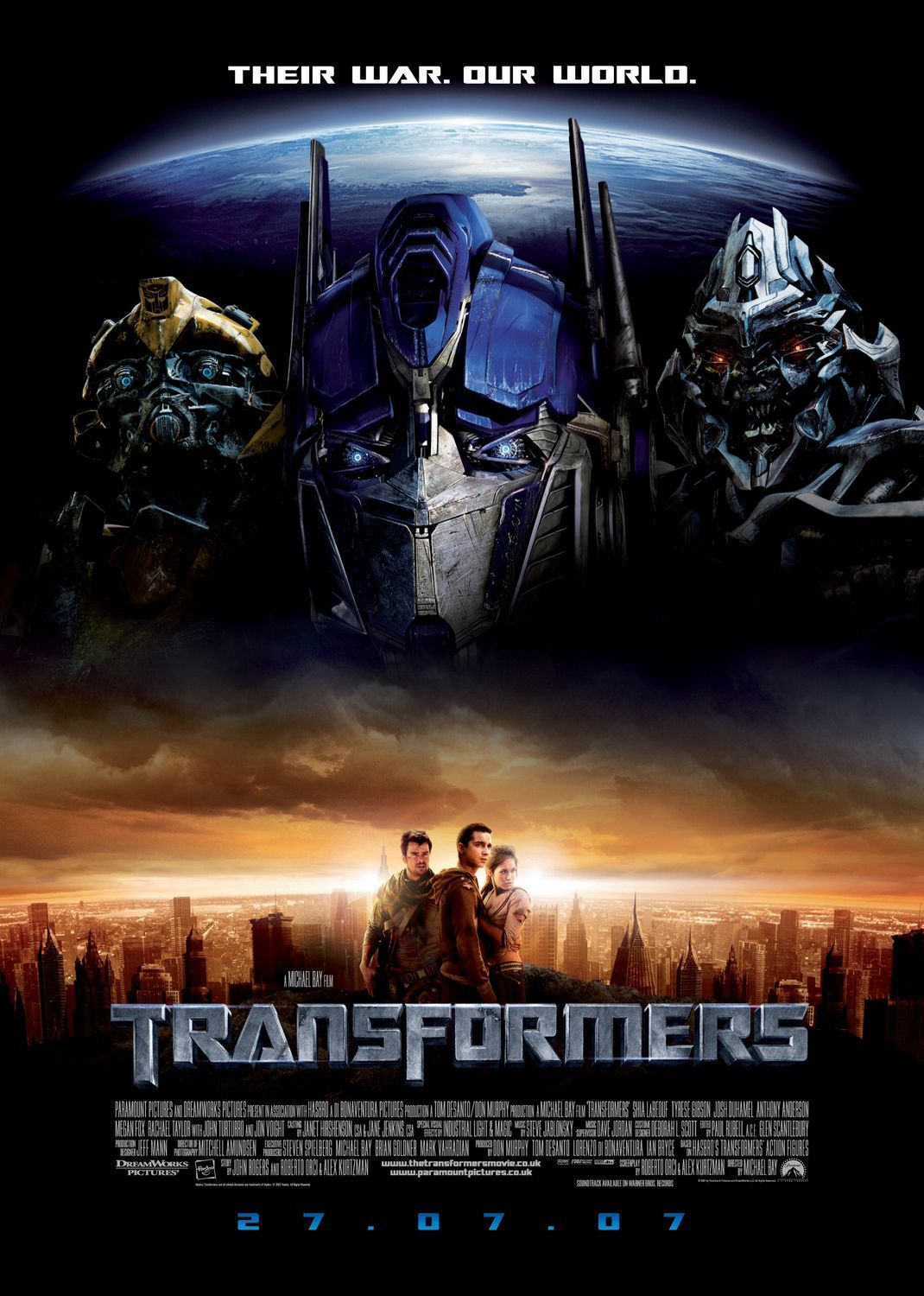 It has been a good long while since I did a proper movie review. The blog has turned into something totally different than I had ever intended. Since the invention of the China connection my world has turned a little lopsided and haggard and busy as crap. I try to post regularly with snippets of interest from the web or youtube or the occasional life story, but proper reviews and really interesting stories have kind of fallen by the wayside. I hope that once China really gets going, I shall be able to get back into regular writing, for real.

All this is to say I am going to give a smaller version of a movie review for Transformers – call it movie review-lite.

Though we couldn’t really afford it, my wife and I decided to watch movies with friends for the Fourth of July celebration. My friend, Daniel, had his heart set on Transformers, whereas my wife wanted nothing but Ratatouille. Truth be told I would have rather seen the cartoon rats, but Daniel had already seen them and like a dutiful friend I saw the cartoon transforming automobiles.

Transformers was pretty much what I expected from a live-action movie based on an 80s toy product directed by Michael Bay – lots of action, little sensible plot.

The plot involved a group of warring robots who have come to Earth in search of this Rubix Cube that will ultimately change their war-torn planet into something nice again, or if you are a Decepticon (bad guys) it will destroy the planet or the good guys or something. It isn’t really made sure why they want the box, but darn do they want it.

To add a human element there is a story about a young, nerdy boy trying to get the popular hot chick. It works better than it ought to, but ultimately it is just filler until we get to the robot battles.

There is a very traditional Michael Bay subplot involving a soldier and his wife and his never-before-seen baby. They add absolutely nothing to the plot, are cardboard things, and only serve to allow Michael Bay to believe he can write real stories and for sentimental parents to cry a little bit in a movie about giant robots.

Oh and there is some conspiracy theory jumbo involving a top-secret government agency (with sadly, John Turturro appearing for a paycheck.)

The Transformers are pretty kicked arse though. They look super cool, they transform in really brilliant ways and they fight like mad. The fight scenes are well worth the price of admission although throughout most of the film I had no real idea who was fighting who as when the bots are transformed into humanish form, they look mostly like each other.

Hearing Peter Cullen as Optimus Prime was admittedly the bomb, even if I am a bigger GI Joe freak than Transformers.

It was worth watching and I’m glad I caught it on the big screen, though I still would have preferred the cartoon rats in Paris.