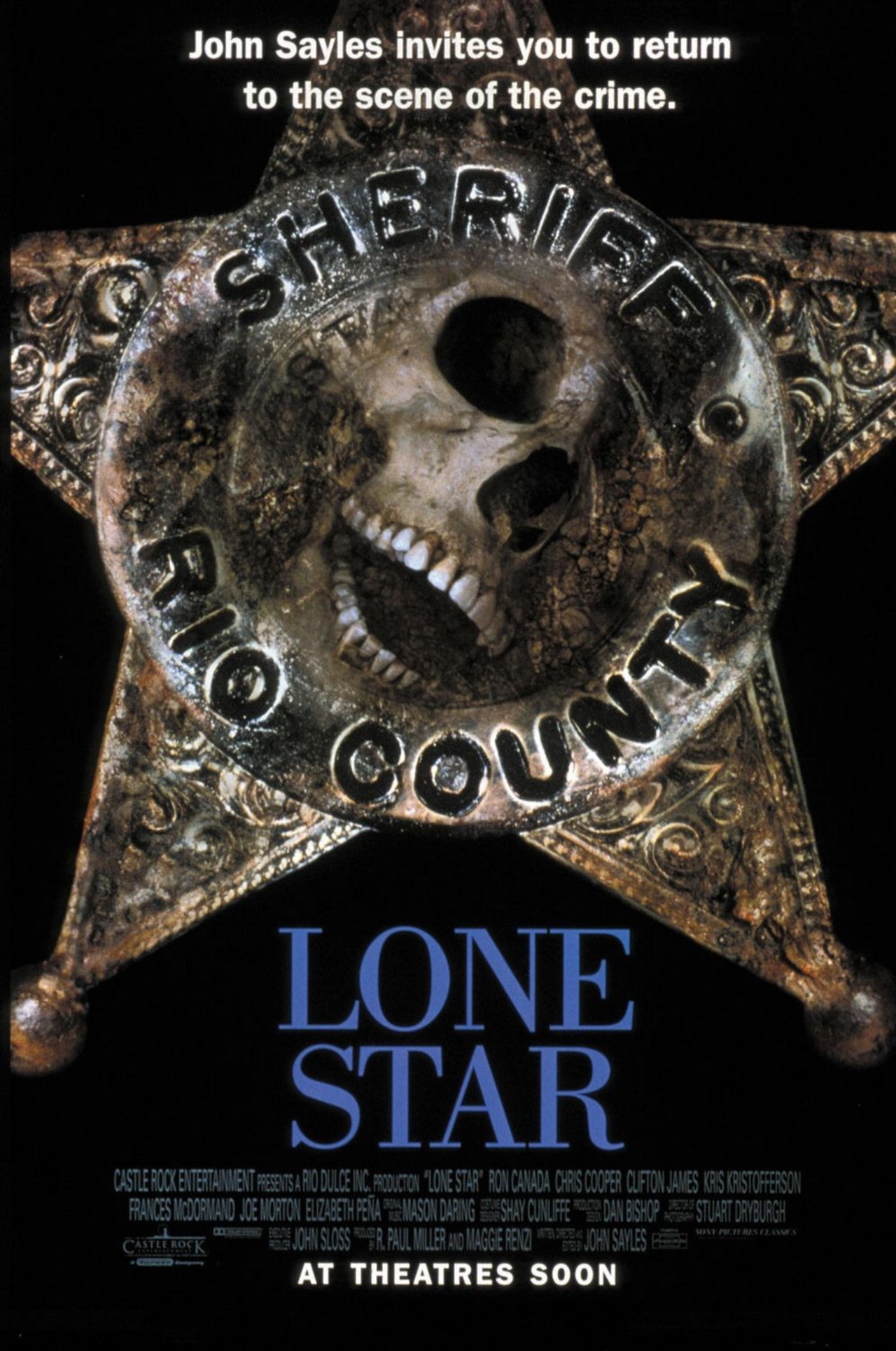 I have a very distinct memory of watching this movie. I saw it with my mother. This isn’t the sort of movie we’d normally watch together which means there must have been a good review in the local paper. I think we showed up late because I remember we had to sit up close. We were maybe in the third row and off to the side. It was very uncomfortable watching from that spot.

I remember liking the movie, but not much else about it. Except for the crick in my neck. It wasn’t like any movie I’d ever seen before so my feelings were skewed. Or rather I didn’t know exactly why I liked it, except that it was really interesting. In my memory, I’m in high school, but by 1996 I would have been in college, so I must have been home for winter break, or maybe the summer.

A corpse is discovered in the desert outside a small border town in South Texas. It has been there so long nothing is left but bones, a Mason’s ring, and a sheriff’s badge. The current sheriff, Sam (Chris Cooper) determines that the dead man was Charlie Wade (Kris Kristofferson) the former sheriff. He went missing decades ago after getting into an argument with Sam’s father, Buddy (Matthew McConaughey). Buddy then became sheriff and was and is beloved by the town.

On the surface, the film is a murder mystery. But there is so much below the surface. As Sam searches for the killer (who he thinks just might be his father) he digs up the past. His past, his father’s past, and the town’s past. As a border town sitting right on the river that divides Mexico from the US the town is full of whites, blacks, Indians and Mexicans. Racial relations have changed over time as well.

The film moves between the present and the past in a most interesting way. The camera will move in on one character, say Sam talking to someone about Charlie, then it will slowly move away and the characters from the past will be there acting out the scene. It blurs the lines between the past and present, memory and history.

Sam runs into his high school sweetheart and they rekindle their relationship. An Army Colonel is transferred to a nearby base. His estranged father runs the local bar, the only place blacks felt welcome in the town for decades. The past meeting the present again, and again.

Director John Sayles weaves this tale full of side stories and numerous characters like an enormous tapestry. Long after watching the film I’m still thinking about it. I don’t know why it took me nearly 25 years to watch it a second time, but I’m quite sure I’ll see it again before another quarter century rolls around.