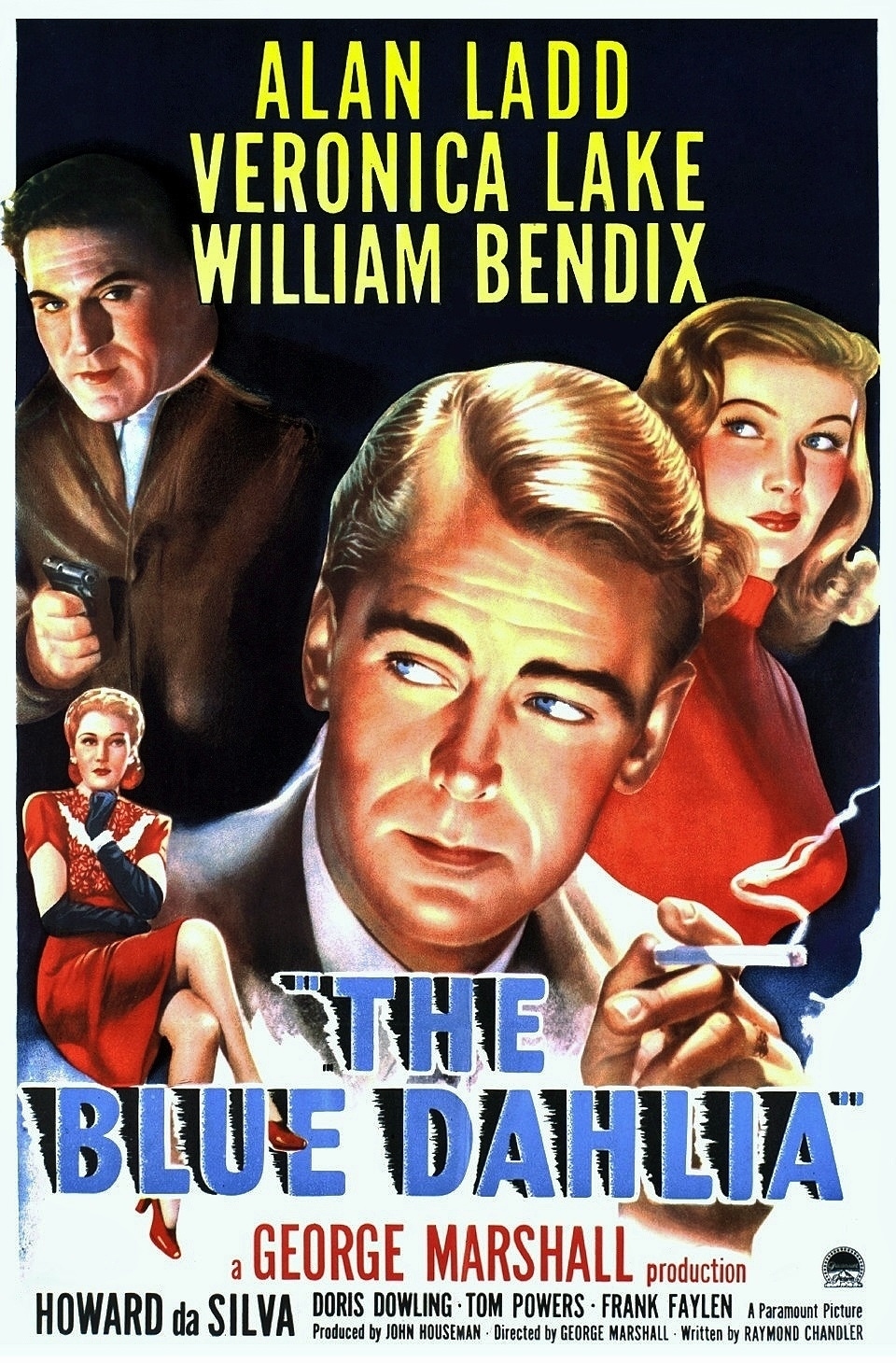 I watched 35 movies in November. 27 of those films were new to me. 22 of them were made before I was born. 18 of them could be considered noirs, two of which would be categorized as neo-noirs.

Because I was seeking out lesser-known film noirs, and thus was watching films that were less than extraordinary, I got a little burned out on the genre a little more than halfway through the month and so my watching of said genre slowed down a bit. And then I got sick and I reverted to some comfort movies to get me through.

Still, it was a good movie month overall, and I did see some very good noirs.

The Blue Dahlia. Written by the hard-boiled Raymond Chandler this one stars Alan Ladd as a veteran who returns home to find out that his wife has been cheating on him, when she turns up dead the cops naturally suspect he killed her. Veronica Lake is the classic femme fatale and William Bendix is the pal who has a few screws loose. It had some classic Chandler one-liners and plenty of twists and turns.

Sorcerer. William Friedkin’s fantastic remake of the classic French film Wages of Fear updates the politics a bit, and moves the setting to the jungle, but it keeps all the intense tension.

In a Lonely Place. I’d seen this one before and didn’t love it, but after reading the book I decided to give the film another chance. I’m glad I did because I loved it this time. The movie changes the story quite a bit, turning it into something of a mystery (in the book the character played by Bogart in the film is fore sure a serial killer, but in the movie he maybe, just maybe killed one girl). Bogart is terrific as is Gloria Grahame.

The Big Clock. I wrote about this one in full here.