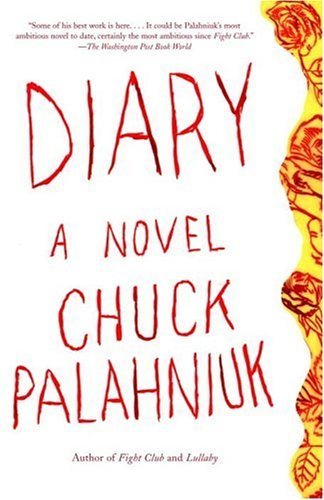 Chuck Palahniuk’s first novel was the bitter, cynical, diatribe called Fight Club. It is the story of young males who are so disenfranchised by materialistic American culture that they must beat themselves silly to feel anything. It is a scathing review of a society that numbs its members with consumerism. The characters become nihilistic in their views and begin destroying all that society deems worthy, including themselves. It spoke directly to a generation of males (and many females) including myself. It is a theme that permeates his following novels.

After seeing the excellent 1999 movie based on Fight Club and reading the book, I planted myself firmly in the fandom of its writer. I began reading his subsequent books in no particular order (other than what I could find at the library.) I made it through Survivor, Invisible Monsters, Choke, Lullaby, and most recently Diary. Each of these stories follows the same basic guidelines. An assortment of odd and often disturbed characters move through an increasingly absurd amount of crazed plot lines. There is the former cult member on a plane to his death (Survivor) the faceless ex-model on the road with a trans woman (Invisible Monsters). You get a man who intentionally chokes on food in crowded restaurants so he can bilk his saviors out of cash (Choke) and an involuntary killer who can summon a culling song of death at will. And finally a coma Diary “written” by the wife of an attempted suicide. Each of the novels is filled with jabs and slashes at societal norms. All of the characters go through extreme changes and end with a shocking twist. Unfortunately, they wind up being mostly the same.

Diary tells the story of Misty Wilmont, a once-promising art student, who now waits tables at a seaside resort while she writes a coma diary to her husband. It seems her husband, Peter, whisked the young artist to the resort tourist island of Waytansea. Throughout the story, Peter is in a coma from an apparent suicide attempt. All is not well on the once quaint Waytansea island and Misty quickly finds herself being locked in a hotel room by her mother-in-law and daughter, being forced to paint picture after picture blindfolded. I won’t give any more of the story away, because it is filled with the usual Palahniuk twists. Once again this book is filled with, mostly true factoids, and a biting cynicism towards all things culturally held dear. The problem, here, is that we’ve heard it all before.

Try as he might, Mr. Palahniuk has been writing the same story novel after novel. Oh, he gives us different characters and more outlandish scenarios, but his central themes remain the same. I read this one just waiting for the new twists to occur. But even the twists seem more of the same. I wasn’t expecting the actual twists to occur as they did, but I was expecting the twists, and that knocked half the shock out of them. The characters seem less real, and more like a cheap device to rattle off more nihilistic castigation.

Palahniuk is a talented writer. I just wish he’d get off his philosophy and get to writing something new, something fresh, something that Fight Club was when it first arrived in bookstores.