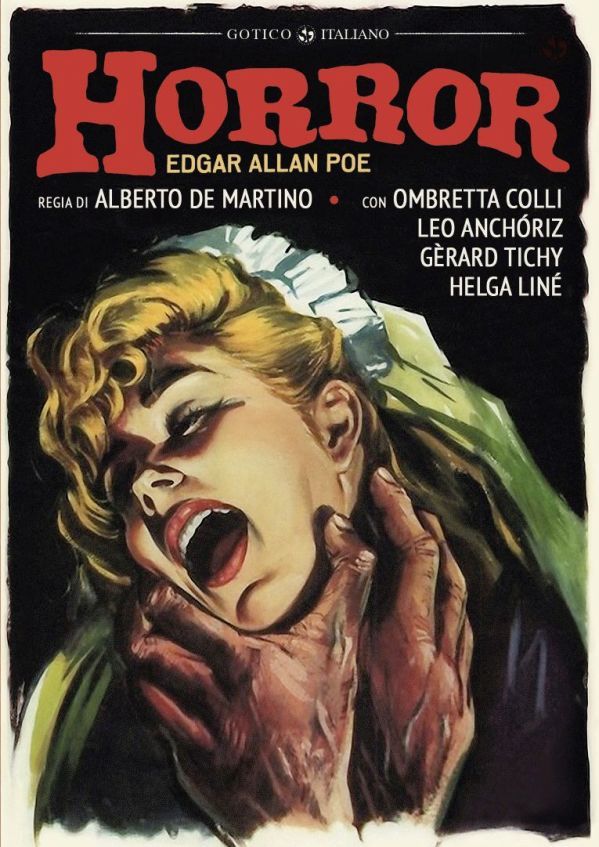 This is film #2 of Arrow Videos Italian Gothic Horror boxed set. I’ll be reviewing the entire thing soon so I won’t say much about it here. The Italians were great at taking successful American genres and making them their own. When Roger Corman found success with several Edgar Alan Poe adaptations the Italians started adapting his stories. The Blancheville Monster (also known simply as Horror as seen from the poster) basically rips Corman’s adaptation of The Fall of the House of Usher. The story, about a woman who returns home to her family castle, discovers that everything has changed and that someone (possibly a ghost) is trying to kill her before her 21st birthday, is pretty standard gothic horror story stuff.

But it looks great and contains everything you want – a spooky old castle, creepy shadows, flowing white gowns, and a monster in the attic – from this sort of thing. It isn’t a great film, its own director essentially disowned it calling it “a little film of no importance” but I found it quite enjoyable.