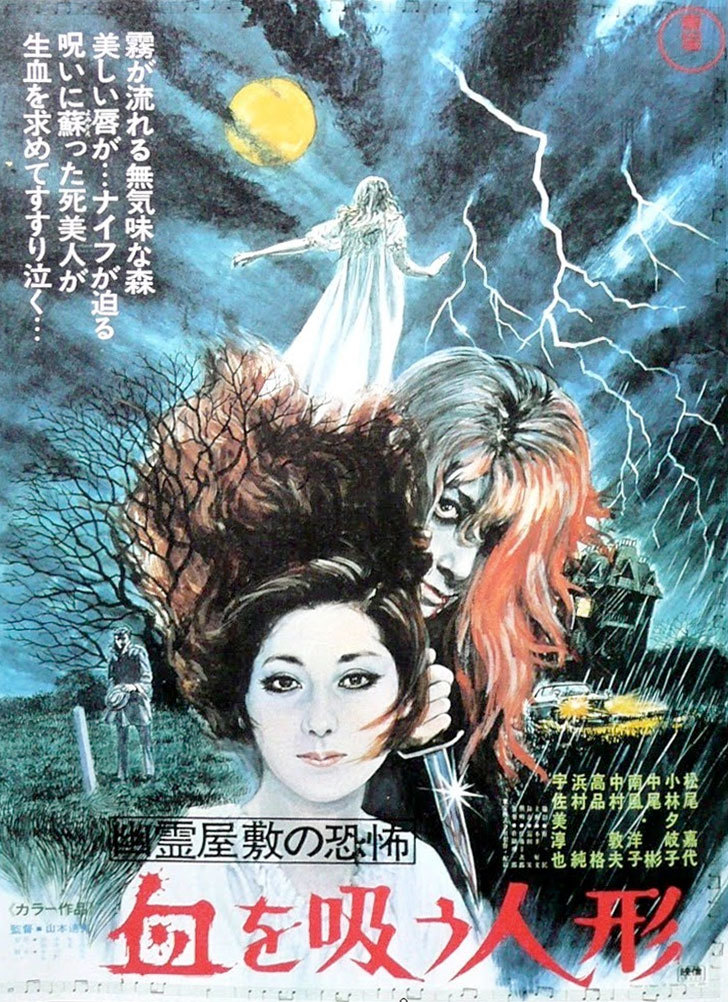 I’ve talked about how the Criterion Channel is one of my favorite streaming services. Mubi is fast becoming a contender in that category. Mubi actually works as a kind of sister channel to Criterion. Where Criterion focuses on the world’s greatest films and lots of classic Hollywood films (and lots of other more esoteric themes like Snow Westerns and 1970s sci-fi) Mubi’s focus is on more modern art-house fair. They show films that premiere at film festivals like Cannes and Sundance, but that doesn’t necessarily reach a wider audience.

They also have a lot of what you might call cult films – genre movies that have been all but forgotten except by a small group of fans. The Vampire Doll is a good example of what I’m talking about. This was the Japanese film company Toho’s attempt at cashing in on the horror craze that so popular at the time.

It looks and feels like a Hammer Horror film with its creaky old mansion as a setting and its moody supernatural storyline. A man who has been traveling abroad for the last few months returns home to Japan. He immediately rides out to the country to see his girlfriend Yuko (Yukiko Kobayashi). Upon arrival, he is told by her mother (Yôko Minakaze) that Yuko is dead. She died in an automobile accident a few weeks prior.

That evening he sees a woman that appears to be Yuko. Flash forward a few days and the man’s sister, Keiko (Kayo Matsuo) and her fiancee Hiroshi (Akira Nakao) visit the old mansion because they have not heard from her brother in a while and that is unusual. Keiko immediately senses something is wrong and decides to stick around and investigate.

With a 70-minute run time, the plot moves along pretty quickly. Honestly, storywise the film isn’t great. It doesn’t do anything we haven’t seen before. But it works really well as a mood piece. The mansion is full of creepy shadows, and the music is particularly moody. I mentioned Hammer Horror earlier and that is fitting. If you’ve ever seen any of those old movies then you’ll know what I’m talking about. They have a particular look and feel to them that is perfect for this type of gothic horror.

And that’s why I love sites like Mubi. I’d never heard of this film before, but they spotlighted it and now I’ve seen it and I’m glad that I did.