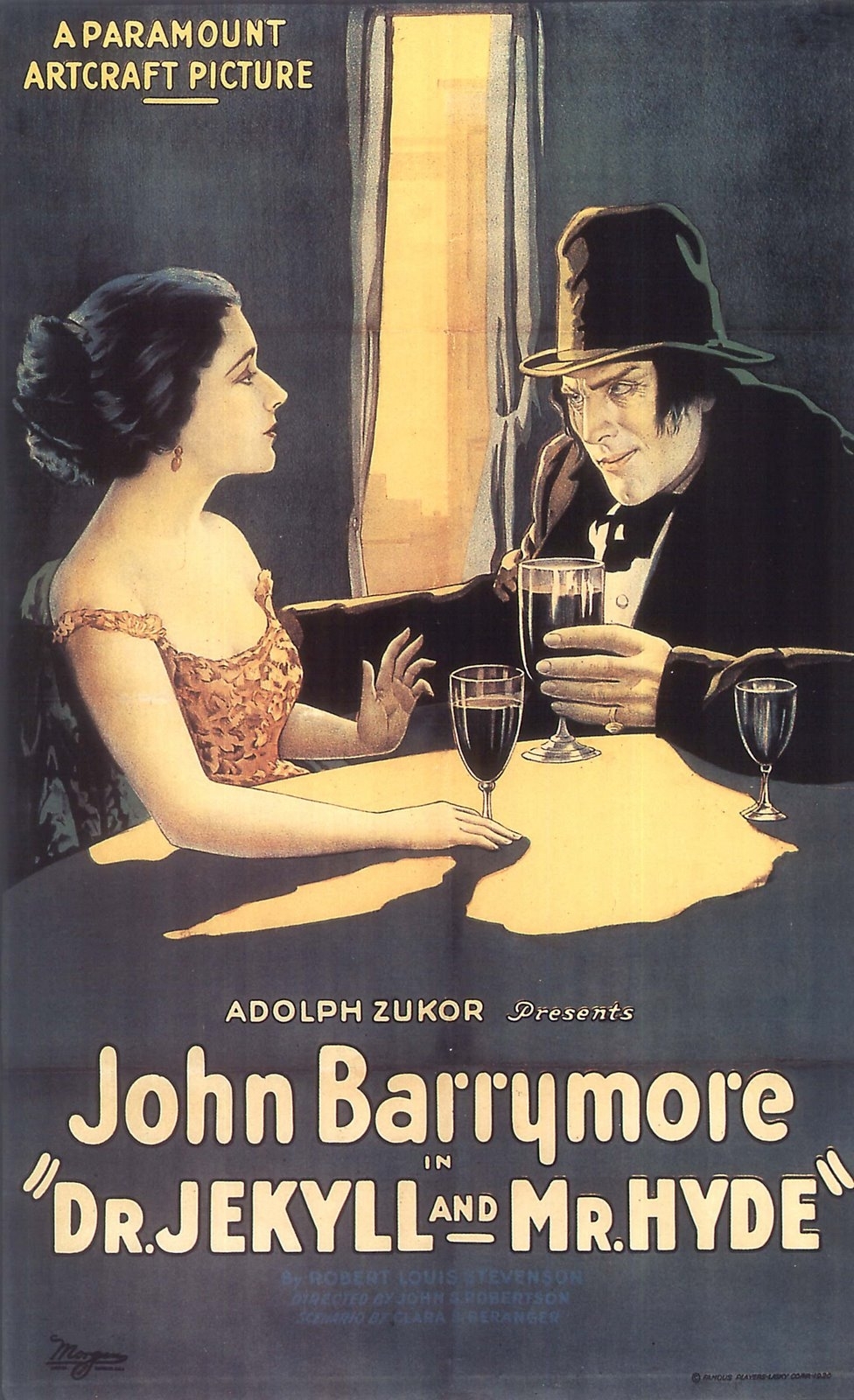 Over the last few months, I have watched no fewer than four different versions of this story. Honestly, at this point, they are all starting to blend together. This is especially true since three of the adaptations I watched all follow what is called the Sullivan plot. In 1887 Thomas Russell Sullivan created the first serious theatrical rendering of Robert Louis Stevenson’s book for the stage. He reworked the plot around a romantic love interest (apparently there is no romance in the book).

Each film (this one from 1920, a 1931 adaptation starring Frederic March and another one from 1941 with Spencer Tracy) does its own variations on that central plot, but they are mostly the same. The differences are in the staging and the performances.

Over the last year or two I’ve been trying to watch more silent films, a part of film history I don’t really know much about. I have to admit I’ve struggled with the project. Silent Films obviously rely heavily on the visuals, since there is no dialogue, except what is periodically written on card inserts. And while many silent films contain some very striking images, they often also present what I’d consider to be fairly flat visuals.

Dr. Jekyll and Mr. Hyde does some interesting things with the visuals, there are some nice sets and the transformation of Dr. Jekyll to Mr Hyde is pretty cool. But there is also any number of scenes in which characters sit and the dinner table, or stand in the drawing room and talk. Sometimes, my mind wandered. It is a struggle to stay focused on the acting and the scenery. This is again, especially true with a film like this in which I am all too familiar with the story.

Still, there are some nice moments. John Barrymore shines as the titular characters. He is especially great when he transforms into the manic Mr. Hyde.

The more silent films I watch the more I am able to get into their particular groove. The do make you be more attentive to what is happening on the screen, versus allowing your eyes to wander to your phone or some other object, relying just on the dialogue to tell the story. This is a good thing, even if I still do struggle a bit with them.