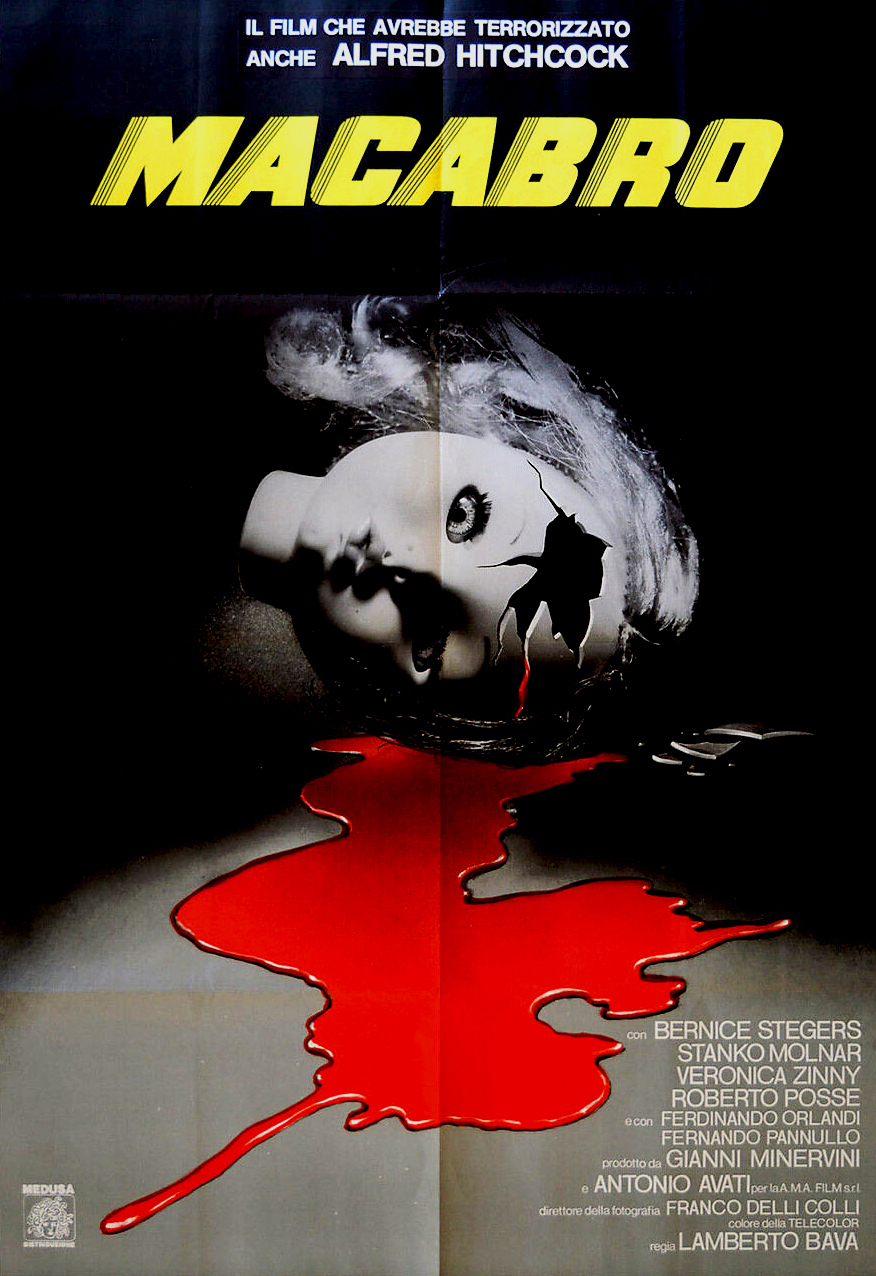 There has been a lot of discourse over on Twitter lately about how cinema is more than just plot. This stems from a certain contingency of filmbros who loudly complain about things like perceived plot holes or a lack of narrative or some other problem within the film’s story without paying attention to the atmosphere or direction, acting or other aspects of a film’s artistry. The argument is that what makes movies special is not what actually happens, but how it happens, or how the story is told.

Lamberto Bava’s first film as a director Macabre is a good example of what I’m talking about. The plot is razor-thin. A woman returns to a rambling old mansion where she rents an apartment after being away for several years. The apartment is not her home, but rather a place she used to sneak away to and have an extra-marital affair. This was before her daughter drowned her son and before an automobile accident decapitated her lover (which happened just moments after she learned about the dead son). The reason she was away was due to being in a mental institute, having broken down after those two deaths.

All of this happens within the first five minutes of the film. For the rest of the movie the lady spends most of her time in her apartment having spirited relations with some unknown lover all the while the blind man who owns the building listens attentively downstairs. The woman’s daughter (who was not arrested for her brother’s murder as she made it look like an accident) periodically shows up and asks a lot of questions.

There is a mystery around the woman’s lover as he is never seen. And she has the freezer locked up for some reason. It is pretty easy to figure out what’s going on, especially since the posters and synopsis tend to give away the surprise.

But Bava (who is the son of Mario Bava, one of the grandfathers of Italian horror) knows how to make a movie, even when the plot is slim and rather hokey. The mansion is filled with creaky old stuff and interesting bric-a-brac. He films it from various angles with lots of shadows and light giving it a great gothic feel.

It reminded me a lot of really old films that clearly didn’t have much of a budget and were hemmed in by the censors from creating something really creepy. But were still able to create a mood, a vibe, and then had some ridiculous twist at the end. Bava does his best to create tension about what it is that freezer. He moves his camera slowly towards it, adds in mysterious music, etc. Even though you know what it is, and how ridiculous the idea is, you are still along for the ride. At least I was.