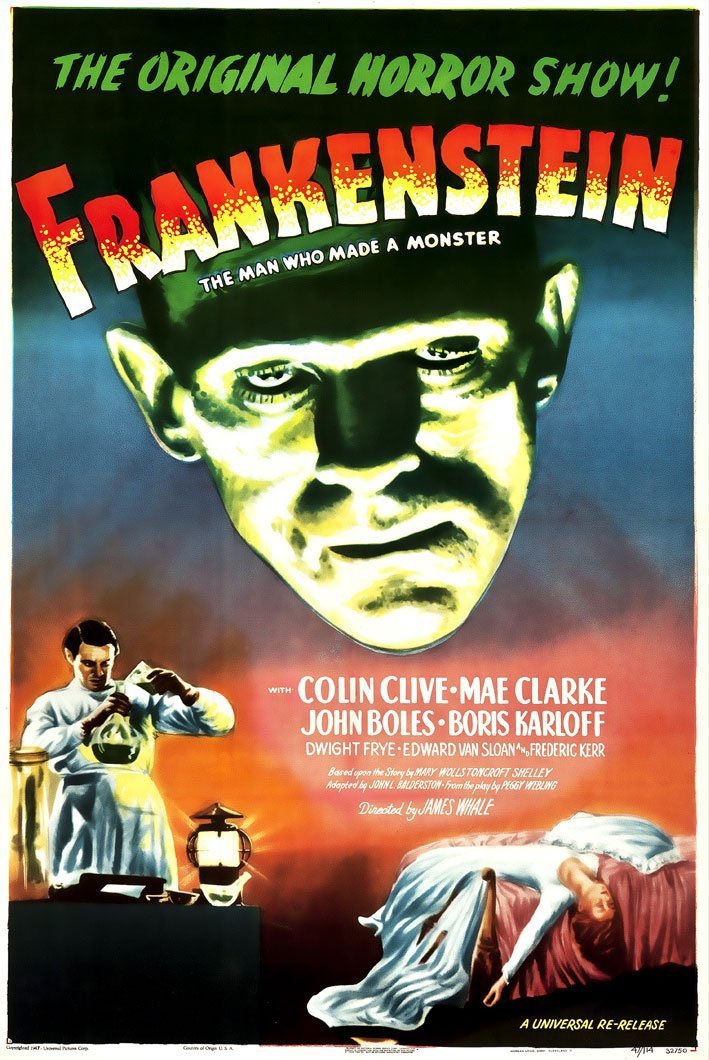 My wife is not a fan of horror movies, at least not the blood-soaked, gore-filled variety and so every once in a while I throw on an older film and we watch them together. I can’t remember the first time I watched Frankenstein. It is such a part of the culture I probably saw parodies of it before I ever actually watched the film. I’m pretty sure I watched Young Frankenstein (1974) before I watched the original.

Whenever I watched it first, I have seen it many times since. It is a genuine classic. Frankenstein (or technically Frankenstein’s Monster) is my favorite of the Universal Horror Monsters. I actually prefer the sequel, Bride of Frankenstein (1935), slightly more than this one, but they are both terrific.

Young Frankenstein is one of my all-time favorite comedies and I’ve probably watched it more than any of the original films. So much so that it is a little difficult to watch the original because my mind always goes back to the comedy. I find myself muttering the jokes to myself and anticipating certain sight gags. When the Monster meets the young girl, for example, I’m confused when they don’t play on a teeter-totter.

But really, this is a great film and if you haven’t seen it I highly recommend it, even if you don’t like horror.