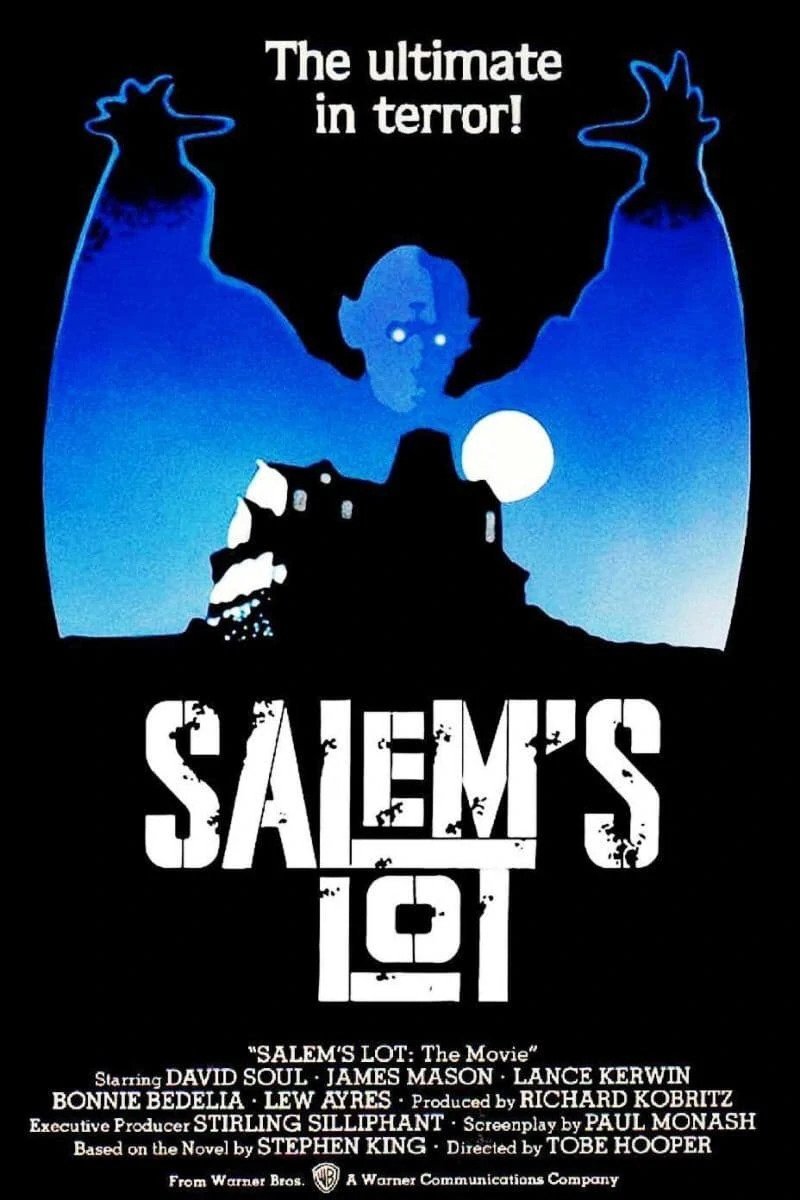 I was slow coming ’round to Stephen King. Growing up I was more of a Dean Kontz man. I read the short story The Langoliers when I was in high school and loved it, but for some reason didn’t even both finishing the other short stories in the book much less read any other King. In college, I read Dolores Claiborne, and loved it, and then didn’t get around to reading any other King books until a few years later. And so it went for a long time. I’d read a King book, love it, and then not pick one up again for many months or years. And then four or five years ago I got a copy of the Mr. Mercedes audiobook from the library and really dug it, then picked up the sequel, Finder’s Keepers, and I was off to the races. I’ve been reading him steadily ever since.

I read ‘Salem’s Lot about 12 years ago and absolutely loved it. I’m a sucker for vampire stories and King tells a really good one. It remains one of my favorite novels of his. Tobe Hooper directed a two-part TV miniseries back in 1979 and I decided to rewatch it this week. It is surprisingly good.

The story concerns Ben Mears (David Soul) a writer (the first of many times the protagonist in a King story would have that occupation) who grew up in the small town of Salem’s Lot, but moved away as a boy. He comes back to write about a spooky old house up on a hill that has a sordid history and is rumored to be haunted. He plans on renting it but as it turns out the house has just been purchased by the mysterious Richard Straker (James Mason, completely enjoying himself), and his absent partner Kurt Barlow.

Turns out Barlow is an ancient vampire and Straker is his familiar. But the movie takes its time getting to that part. First Ben has to meet Susan (Bonnie Bedelia), the romantic interest, plus other assortments of characters. It isn’t until the second part of the movie, more than 90 minutes into its three-hour runtime that we actually see the vampire. Mysterious things do happen, people get sick, a kid dies, a dog is murdered, etc., but Hooper keeps the pace slow and the eeriness high.

There is quite a lot of padding, as one would expect from a TV movie made in 1979. And the production values fit within that genre as well. But Hooper gives some good jump scares and several truly spooky scenes. There’s one in which a vampire kid floats into another kid’s room which is an all-timer. The look of the main vampire is very Nosferatu-esque and pretty darn terrific.

It is a film that, if you consider the budget and its limitations, comes across as surprisingly great, and well worth watching.